“Once it was one with all the other Isles and landfast with Darin, but in the great war of Gods it scattered.”

It has been home of many empires through time, mostly Human made and far superior in power than the last one. But none ever covered all as did The Realm. Some of these, like the Tatongōl still influence how people act and some ancient constructions still stand tall. 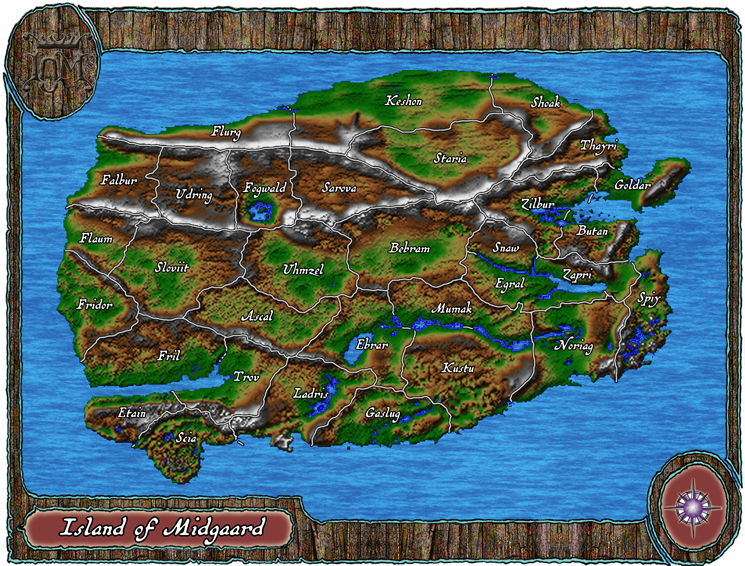 In the last few decades prior The Great Invasion it was all under the crown of a single High King in what was known as The Realm. Now it has reverted back to each Country for itself and their Kings and Nobility fight among themselves.

It as good as contains everything all the other Isles have to offer.