“Raised in the dawn of time to control Mana leaks and aid in Astravel.” 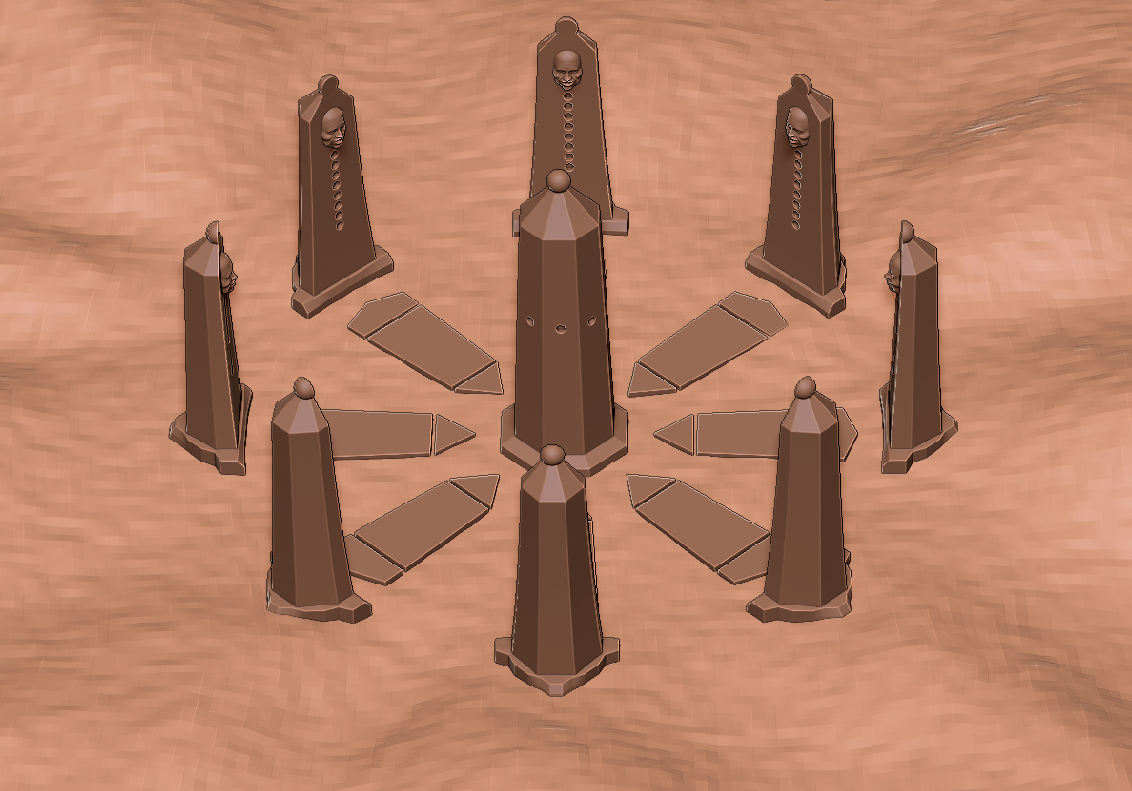 In our world there’s gates to the Astral known as Earthnodes as well as Magic devices such as mirriors, doors, portals and the like. They differ in that the latter generally takes you to an existing exit from the Astral, and the first are locations which at times have a Teleport Site with coloured; tiles, center and outer pillars -sealing the gate.

The tiles indicate its Colour and the center pillar the sub-colour. The surrounding pillars indicate Colours to be used for travel in that geographic direction.

The system allow an Asteaveler to activate known sites, pass onto the Astral and land at a specific Colours sub-colour somewhere else in our World. The skilled can build up paths of immense length, using Teleport Sites as navigation points for their ‘steps’ in and out of the Astral.

To activate one needs to use Shards of the required Colour(s), either Magic ones that are consumed when traveling or Divine ones that persist during the travel the user retains for further use.