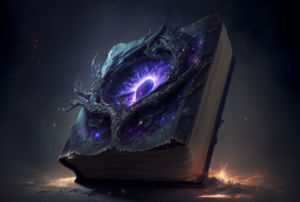 “Some of those who heard the Hymn of Truenames has written the lyrics into precious Truename Tomes.”

Seeing their work being bent, torn, and outright destroyed, the Vornir decided to sing all Truenames throught The Void, Astral and our World. 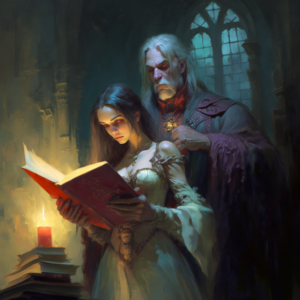 Some used these in the ongoing conflict, others saw an oppertunity to face old foes on equal terms, or even attempt previously impossible feats, besting Monsters, or gaining sought answers. Most of these forgot that more than Truenames mattered and knew not sufficient Hand Weaving, or lacked Mana Flow, etc. -so they failed.

Others either realized their limitations, or saw this as a mean for Mana Thread study -almost as if trying to figure the very nature of Vornir minds -and thus the key to an even higher level of Mana Manipulation. So Tomes where written, and mind me saying, in varying quality as some are very well built masterpieces. Masterpieces that can be studied alone due the very nature of its content, but also content that could be studied in apirs or groups for a better understanding of what was jus tread. 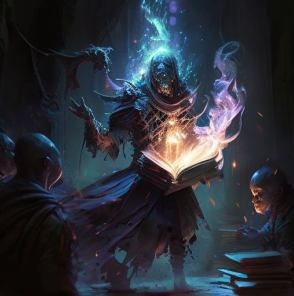 As most Truename Tomes are written by different individuals, their content varies greatly. Both in whats in but also how its organized, and really important to stress -how it recalled upon time of writing down. Merely relying to a single Tomes Truename, can in worst case prove fatal, as it was heard and written down by an untrained ear and unskilled Scholar or Mana Manipulator. So if you can get several matching references to the same from separate sources, your on safer ground.

Its also worth mentioning that attempting to pronounce Truenames, Hand Weave untaught or unfamiliar patterns, etc. can result in afatal experience. Not only for the foolhearted but for entire rooms filled with Scholars whose last heards words will be yealls of precausion or sreams of agony.

Because energies released from the mere mumble of lore explored can be enough to stir reality and start an increasing swirl. Generally though, Tomes with thus powerful content are protected by Magic Paths and at times even have enhanced covers telling of the dangers that lies within its embrace. But it has been seen that then distracted sould or creators on the brink of insanity or malious intent have recorded information that should long have echoed out.

Some Truename Tomes even contain Truenames of individuals of the Divine Races and Monsters of The Void.