“Home of the Mawmen steppesfolk, whos rumbling caravans are but faint whispers of the wind.”

Cenerally it has always been a vast grassy plain with forests dotted here and there amongst the rolling hills. Its cast plains still have plenty of wild herds grassing as they see fit. 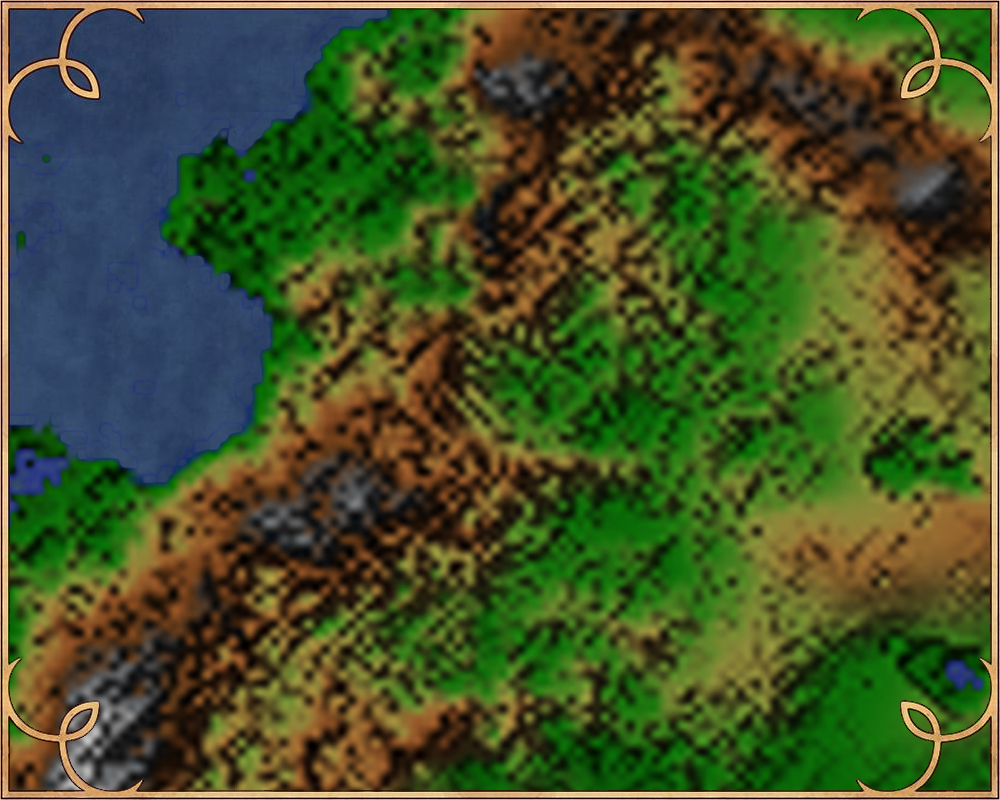 It stretches from the mountains in the North to the hostile Tribes of Dantres in the South. At its Western side three ranges of foothills reach far out and form their own roughlands; Niada Roughs, Esyli Tongue and Dant-dan Wilds. To the East Poqna Mo Kettle, Troziq Rim and Himaq Tops tells where the Country ends.

Be careful which Clan you praise, if any at all when passing through.