“Mines so deep, Ores so pure, knifes so swift.”

Saamur is a land with a somewhat large agricultural production but its for the deep mines its known throughout The Realm. 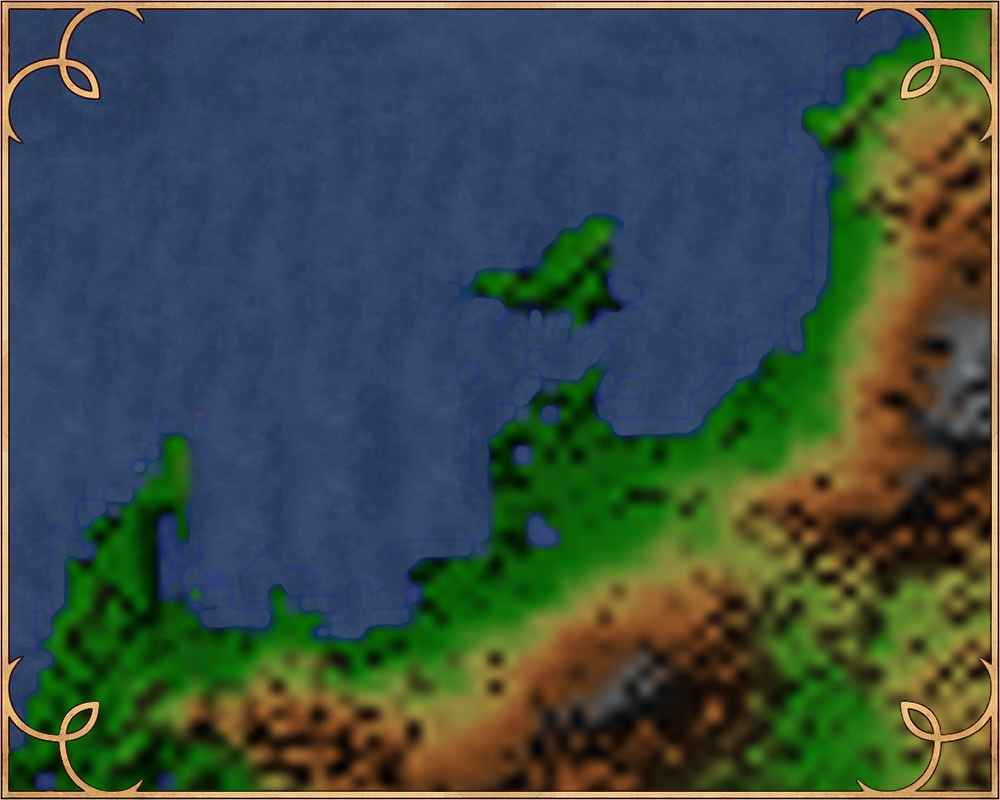 As its the only one with a rather broad valley opening between Saagondy Peaks and Ghontonor Towers into Ghond and mainland Darin it has far less roughland and foothills then its neighbours. Its Northern Border to Norien stretches from the shore of Pozmars Peninsula to the City of Gambag, resting its walls solid at the foothills of Mt. Ghimpis.

In the middle, between the two great bays of Liqumo and Almunaq lies Ouggleq Marshes. And out amidst the waters of both bays lies Isle Kamanaq with all its lesser isles.

Parted into several large self governed areas it has the most militia of the Western Countries of Darin. All working for their own power but with a clear vision that their population needs stability to thrive and prosper, hus one dont need to worry about road and gate fees.

One can encounter Ye'Til crossing Amur Valley. No one k ow what they are seeking further North.