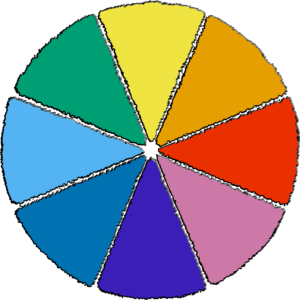 “Earthnodes are places in our World whereto the Astral is leaking Mana uncontrolled, or where the leak are sealed and tamed with a Teleport Site.” 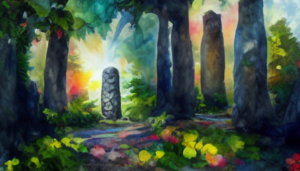 Earthnodes have been known since long before the Archaic helped the Boriac raise the first Teleport Sites. As far as we know, both to control the fragmental leaks from growing but also to create a more secure pattern of steady gates across the World as leaking rifts can close themselves or be forced shut and then gone forever.

Its worth recalling that theres a huge difference in a wild Earthnode able of great aid and surprises, and one tamed into the framework of a Teleport Site. As those are as good as totally useless for anything but Astravelers, unless one… naa, I won’t elaborate on that.

At an Earthnode the influence from the Mana Sea is stronger than elsewhere, some say due a really thin buffer separating us, and a Mana Manipulator needs to be careful with setting things in motion. Either as energies can be tenfold stronger or creatures can breach through coveting the strong Aura Colour.

Even though decorated fine… it’s all but hoax and mime…

Raw it floats on the ground… free from any strong bound…

Generally the Earthnodes are also the home, or favoured resting place, of skilled individuals of great powers or odd Monsters.