During his visits to The Rim Themac started to pile up goods and resources for his expeditions. It was not long before Hunters and others began adding and using Themacs Camp as base. As its size and trafic grew so did its relative importance. So, in S.A. 1233 The Solid Line even opened one of their delivery houses here. Thus they became the first all year around habitants at the peninsulka.

I S.A. 1277 Themac and a crew of helpers where present, when hundreds of Aquarian suddenly came swooping across The Rim. One of them thought the Human easy prey and attacked, a act which ended its life making Themac the 1st slayer of an Aquerian. 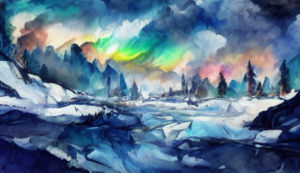 Themac has claimed the peninsula in the name of his ancestor and sworn loyalty to The Realm and High King. 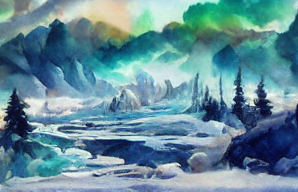 At its South-Eastern end lies Sessy's Pass, a deep and narrow labyrinth-passage across The Rim.