“Once people could travel across in ships, mounted or at foot, and trade was prosperous.” 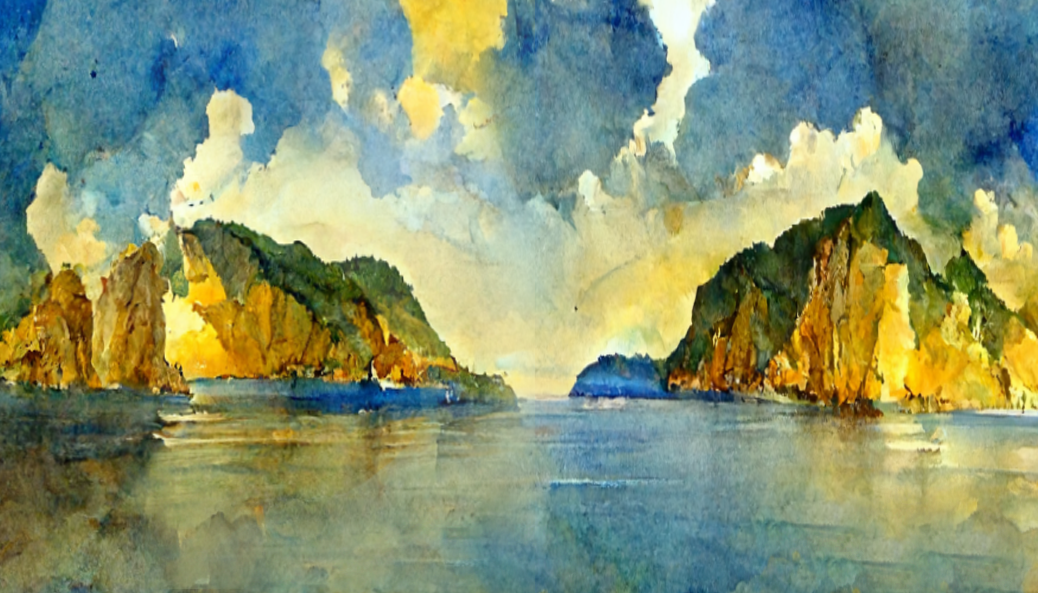 There has always been high hostile mountain ranges across the World. But, in the 1st Cataclysm when the World warped, bent and folded itself into a sphere a single mountain range was almost flung up. When the World cooled and relaxed again it spanned the entire World but had in it several passages where ships or caravans at foot could cross.

Sadly, when Ljostari sank the Gods seemingly decided that there should never be another incursion of Wanderers. So as the World was shaking, bending and warping once more. They decided to share their forces and pour  insane amounts of Astral energies into our World and have it seal The Rim -cutting our World in half. Since then only a handfull of Heroes has found a way there and back again. And much to our surprise, Ye'Til and Aquerian semmingly can ignore its bewildering effects and cross it as they see fit.

A tall mountain belt span the entire world all the way from Darin to Outlands and from there it runs below Midgard conecting the ring.

Its an odd range of mountains dimminishing Magic like no where else, in fact Magic becomes stronger the further one gets away from that equatoric belt. Its also a extremely cold windy and hostile environment as its furthest away form the sun circling the world in its ecliptic travel.

Theres a lot of rare Animal with precious furs to be hunted and some pretty scary Monsters one can risk to face. The Rim is also filled with precious Gems, Minerals, Herbs and the like.

Only very few Human lives there, the most is the Izir.

Don’t go there and count on survival based on your Magic Paths as they arent working there.