“They are those among the Races in which the Spirit burns strongest, not only to such an extent that it can stay in our World when it should pass on, but also with such intensity that it makes them the most short lived and rash.” 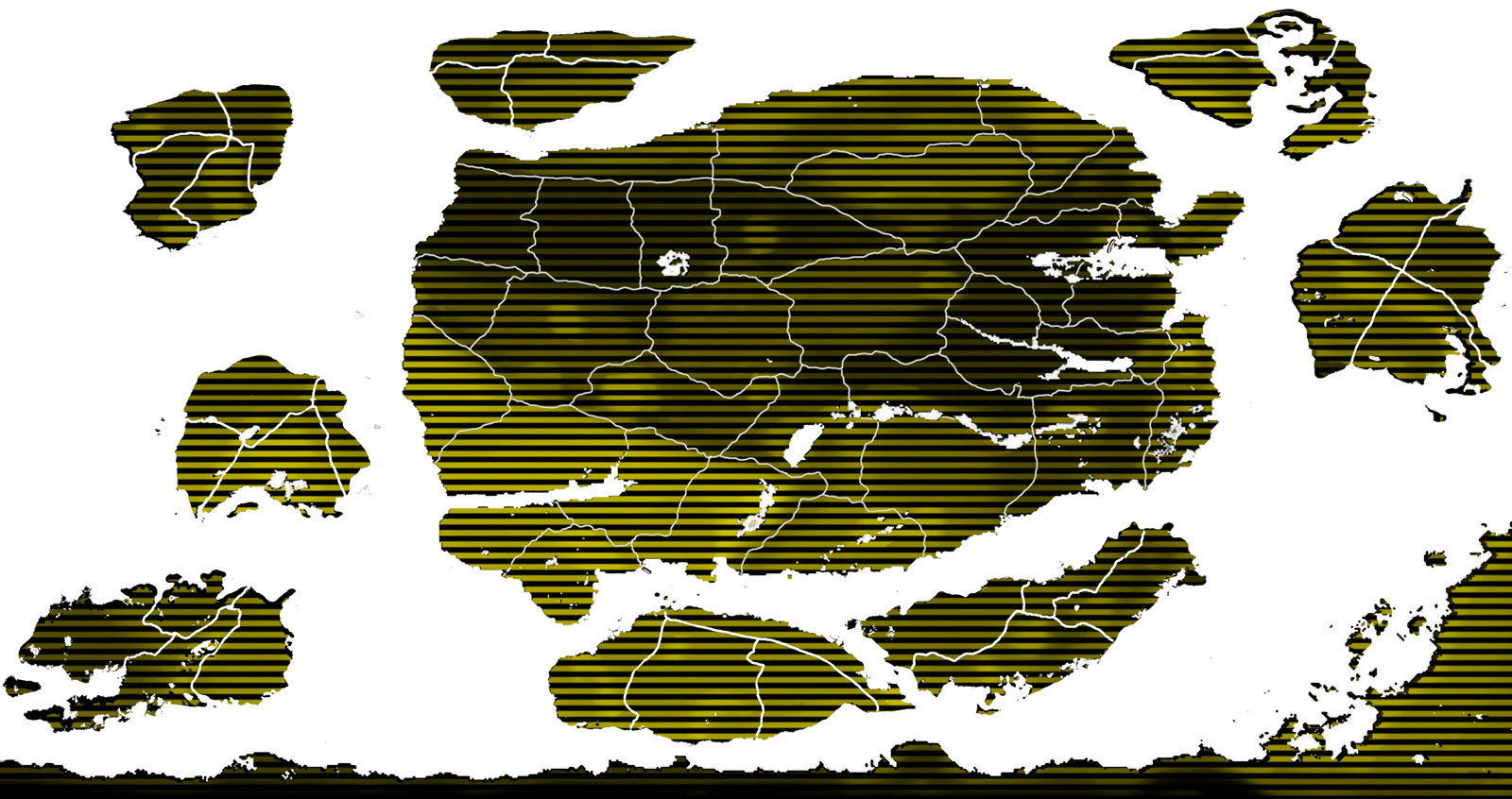 Here you see a interaction chart…. the yellower it is… the more different Human you meet… and greet…

Humans, and here I mean both the Wanderers who crossed The Rim thousands of years ago and of which origin we can only guess, as well as the indigenous originating from various Archaic lines, dates back to early Dark Ages.

Through time we have evolved from daily Hunters, over season reliable Farmers and Merchants, to societies of vast and deep complexity. We are the most diverse Race when it comes to appearance, varying in height and a range of builds from wiry to muscular to stocky. Our hair and eyes run the entire spectrum of colour and shades. Males often grow beards or moustaches and females tend to have long hair. Often those from a geographic area share similar traits (i.e. those from near The Rim tend to have more body hair and paler skin tones, while those from northern climes have less body hair and darker skin).

Generally Humans has a fondness of urbanization and organization surpassing any other Race as a whole. Which often leads to social misery of those caught in the contributing threadmill, especially in times of peace where some tend to have hard times becoming something, whereas in troubled times these these perform acts making them stand out. This seems to be, although being one of the most diverse and adaptable Races, that we tend to have one thing in common; ambition. The amount differs, but it seems that all continually strive to reach above and beyond their current means. Just think it over, how shortly after the collapse of the High Kings rule it was that petty kings and shady people tried to suppress folks previously considering themselves as free folk.

One thing that the annals agree upon, is that Wanderers seems to have a slightly shorter lifespan for each generation. As some of the first recorded appears to have lived far beyond the 200 year milestone now capping most of them.

It is worth noticing that the average age for each race and Human sub-races, is a general guideline due thousands of reports about both commoner and nobleborn. But Heroes are individuals standing out amongst their own. Some due exceptional strong physical conditions, others by outstanding mental capabilities, by rare divine connection, or by Magic skills beyond most.

The various tribes of mankind can generally be parted into five larger groups: Archaic, Common, Indigenous, Realmar, and Wanderers. Wanderers are those that crossed The Rim thousands of years ago. The three Archaic tribes are along with other Races the ancestors to the Indigenous, who all are those living above The Rim prior the Wanderers migration.  The Common folk are any mixture of the Indigenous races, and the Realmar are any one with parents of both Wanderers and Common origin.

Since Indigenous tribes did not use written lore in the beginning, it’s been dificult for Scholars to determine the exact heritage spring of tribes. But to our great luck, members of Ljost Alfar and Drakk Alfar where so old, that they could deliver first hand knowledge of the tribes when we began recording. Information that some even had some Gods verify. Thus, do we have pieced together information dating back to when Mt. Vula erupted and swallowed the Vularian Empire, even when the wanderers crossed and even to when and how the various Races originated. 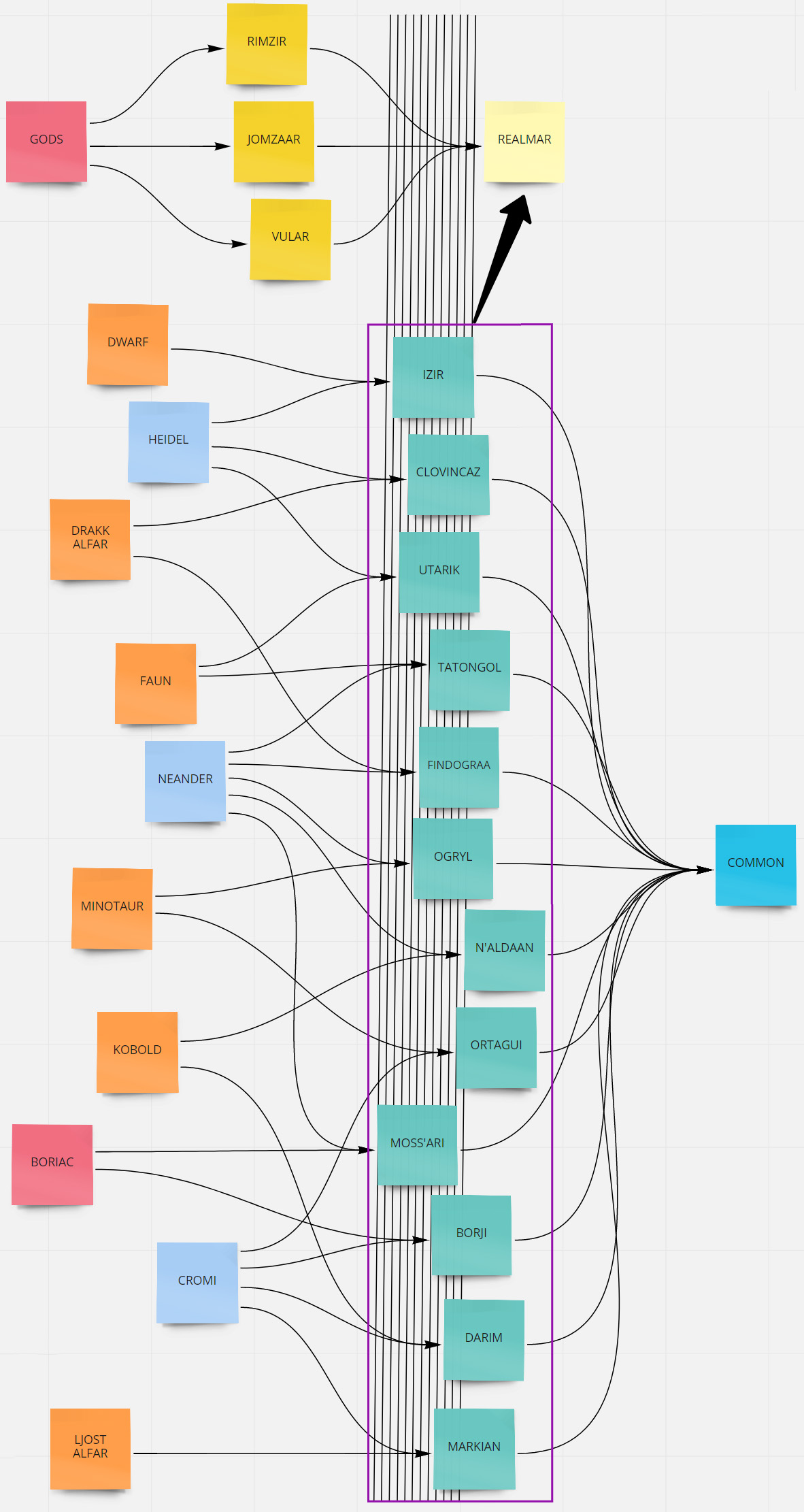 In the chart you can see what Race a person with singular or mixed heritage would be considered adhering to. Of course there exist other mixings, such as Ogryl and Realmar, Common and Jomzaar, etc. But these Scholars generally also call Common.

They are the only of the mortal Races known to have breed and conceived at the Astral and the only ones whos Spirit can pass on and leave their Carcass as Draugr.