Sometime back in the First Age Insilnuella Eranvurtal noticed that it mattered how she manipulated the Mana Sea swirling among her fingers. Such where her surprise that she stayed at the Astral for 16 years, forming and dissolving the Mana Sea. Its said that the Vornir noticed her and that she for a while spent time with them learning their creation technique. When she came back to our World she taught what learned to others, and thus, through time and practice, the school of Hand Weaving formed into todays academies.

Through time while being taught, other Races had occasional glimpses of the weaving and dancing. In the beginning with devastating results for the unskilled Mana Manipulator, later as a common performance of things taught or perceived wrong. So the Ljost Alfar began to teach the other races, mostly to prevent disasters from uncontrolled manipulation.

Hand Weaving consist of a series of hand, arm, and body movement unique for each Essence Magic Path and are generally accompanied by the adding of Ingredients at certain points. Allowing one to further enhance the Mana Manipulation. 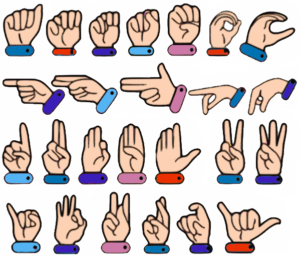 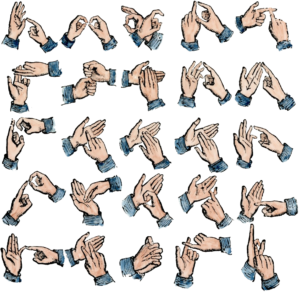 Its not only a matter of how one hand is held/used, even though each indicate defenseve/agressive manipulating, it also matters how both are used.

Some say that Insilnuella Eranvurtal once mentioned that she actually had touched some of the Mana Thread being spun into Moss'ari, thus does one tribe of them have pointy ears like the Ljost Alfar. I have never met her myself but hope she’s still alive so that I can meet her one day and ask her myself. But I must admit, that I have no reason to doubt the claim.