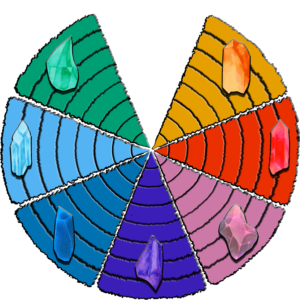 “Laying on the ground, glimpsing in the shadows of great trees, it pulsed as with fading heartbeats. She bowed down and picked it up and her body surged with energies, coloured threads twisting up around her arm. Reaching her head, she gave a large loud sob -and transformed.”

Essence is the substance of the worlds planet, common to all things, living and dead, organic and inorganic.  It’s a floating sea in more or less consistent threads, its complex pattern beyond the grasp of mortal beings. Nonetheless some manage to become one with it, realizing there’s ways of manipulating its pattern.  This fleeting strength allows them to redefine reality with hand-movements in certain patterns, thus putting everything’s existence in motion.

If you add ingredients when setting the sea of things in motion, it’s even possible to alter the composition of whatever is the target.

At times manipulated energies of the Mana Sea seems to crystalize in the form of Shards or Fragments of solid matter tinted in its Realm Colour. These objects with no Truename can be used as Ingredients in altering or forming reality, or in Alchemy to improve Crafters Items. For the Realm of Essence there are these 7: 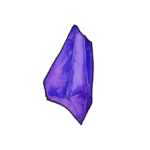 As one is rooted in one of the Aura Colours of the Magic Wheel the opposite side become increasingly harder to see, study, cope and learn. In fact every Magic School teaches that the direct opposite in the Magic Wheel should be left alone -sort of forbidden lore. As it can corrupt ones teachings.

Thus can and should a Mana Manipulator based in Essence not tamper with the energies of the Yellow Gods.