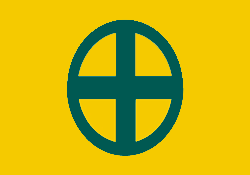 “Cradle of great minds… and bold daredevils… since dawn of time…” 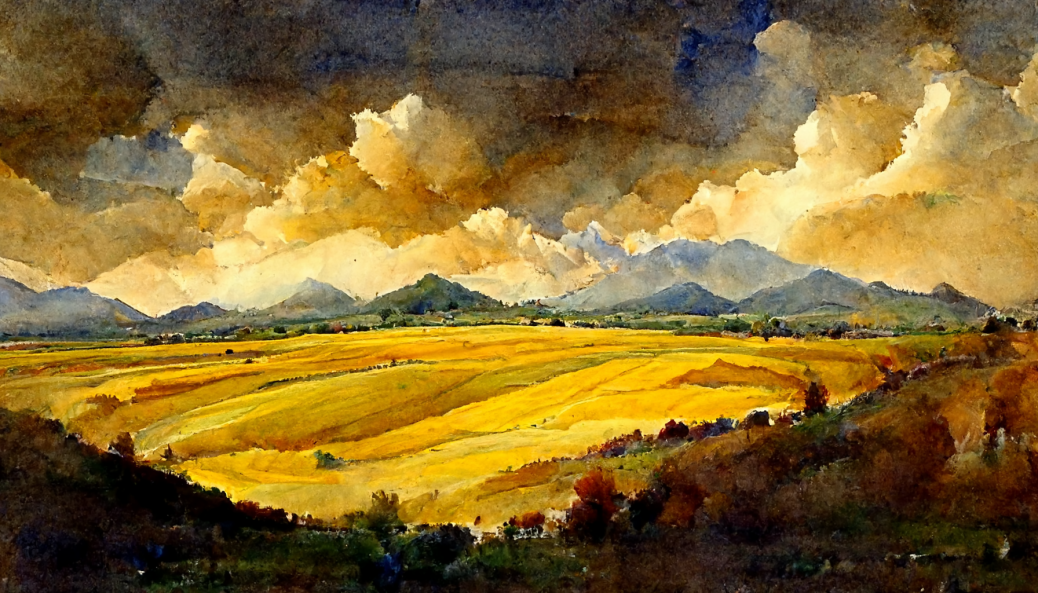 Sharing history with the rest of Markeoy it slowly recovered from the tremors, floodings and general panic. That took place when Ljostari as such was flipped upside down like a pancake and created vast ash clouds and that insane polluted tsunami. Them waters surely stirred the pot of peoples fears creating the Arisen. Which has only once done one good thing, else its always been ancient and long forgotten feuds suddenly awoken again. With them hundreds if not thousands of years old gnarly boned things stomping around. Oh well, theres more than those…

Through time the Races of Skium went through almost the same pattern as the rest of the Isles. Human tribe families rose to be either Hordes or Noble houses of Wanderer origin. Or indigeneous tribes also swaying banners and swords in the air and on each others geads. I’m inclined to say that it might have been even fiercer here in Skium with the attempts to build a centralized administrations meanwhile Combat Herbs was produced, harvested and sold in the largest quantities of all Isles.

As Nobility stomped around and became ever richer, easily sacrificing the lowborn and poor in grasps of power, glory and titles. A class of Merchants slowly rose to power and when these combined wealth, networks and ambitions. With political positions as advisers, Mayors or Castlemasters. They became a uncontrollable force equalling Nobility. At some point towns and cities with large enough garrisons or with enough militia, even began barganing hard for reduced taxes. Which strengthened them even further, one such was Free City of Muldum. 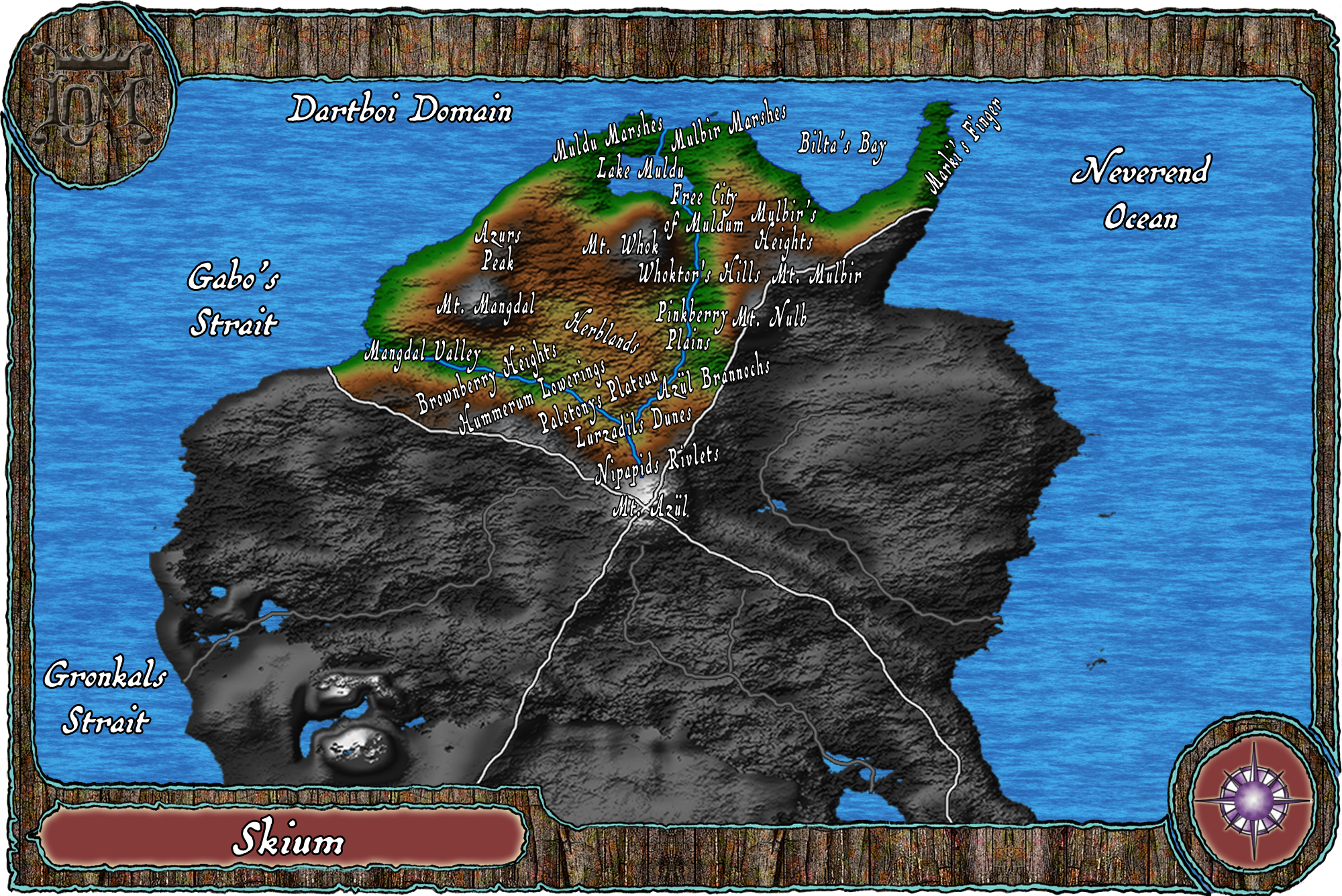 In Skium Nipapids Rivlets originate at the northern side of the water heavy Mt. Azül and floating down the foothills it ends at Lurzadils Dunes where it splits it splits into two.

One part float westwards across the fertile Paletonys Plateau and down into Hummerum Lowerings. From which it cuts narrowly through the roughlands of Brownberry Heights with its huge herds of sheep and goat. Then it widens and flow gently down through Mangdal Valley with its huge amounts of wineyards with the engineered wtering system using water pressure to bring it quite a long way upwards the foothills of Mt. Mangdal. Then it eventually pours into the Gabo's Strait. Some say the system is to conceal water being led closer to waht is known as ‘Herblands’. But thats rubbish, as theres plenty og local springs up there.

The other part flows down alongside the Azül Brannochs out into Pinkberry Plains. From those wetlands, it floats into Whoktor's Hills, cutting a narrow deep stream in the shadow of Mt. Whok it eventually floats out into Lake Muldu right next to the Free City of Muldum. After spilling into Lake Muldu it floats through the dug channel between Muldu Marshes and Mulbir's Marshes.

Aside from the Great River theres other sites of interest, Azurs Peak with its extremely tall hard Azurti trees. The rough highlands between Azurs Peak and Mt. Whok where a large amount of Miners who is harvesting Resource, Mineral, Gems, Metal and various Marble and other fine stone types.

The same goes on over at Mt. Nulb, Mt. Mulbir and at Mulbir's Heights but over theres theres also a search for the rare Oblatium used as one of the ingredients in refining Ljosti Bronze into Ljosti Silver.

Which are totally different worlds from the openland seaair life in Bilta's Bay and at Marki's Finger where Farming, Fishing and Herding are spiced up with collecting Seashells, Amber and other awashed ashore stuff

Most Hordes are extinct and even though survivors are back under the banners of Nobility they don’t have the strength to enforce old customs nor uphold the Law of The Realm to which Markeoy contributed a lot. Only the Free City of Muldum are once again thriving as it did before The Great Invasion.