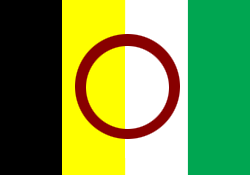 “Once a glorius jewel of one of the Hordes great Kings, Nefius, its now almost dissolved into a warring mess -only kept at bay by the T'Aurs and the remains of  Holy Star Order.” 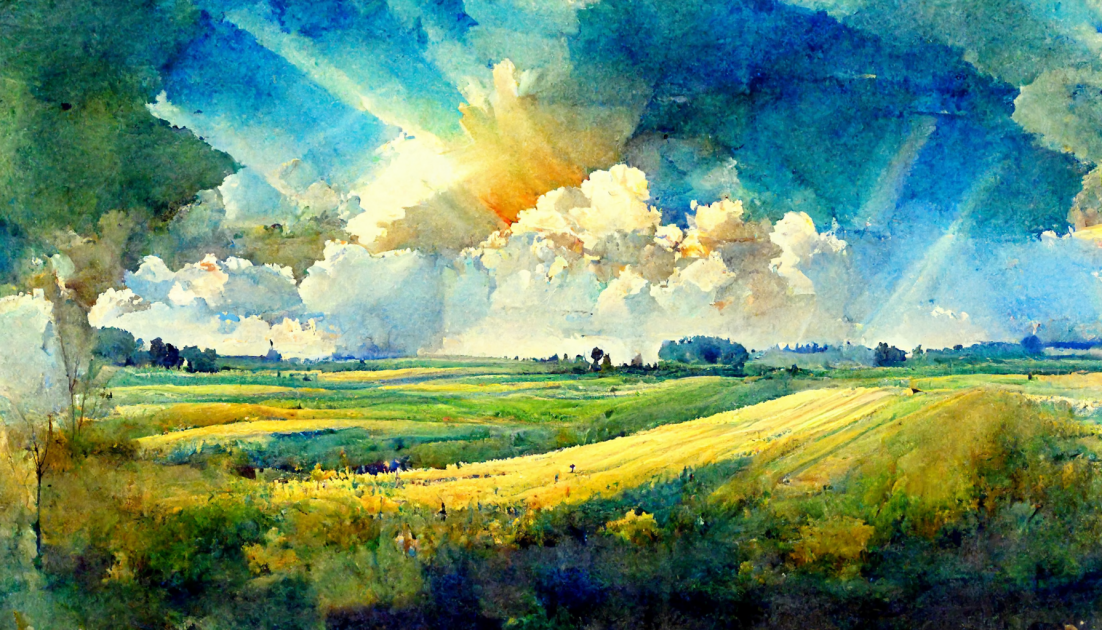 Before the downfall of Ljostari and the eruption of Mt. Vula Markeoy where almost one and a half it’s current size. But great lands south of Efron and Braburg sank into the The Deep Blue. In fact Markeoy was the Island struck the hardest aside Ljostari. But it recovered, Markeoyans allways do no matter what life brings.

And life had brought them many things, Wanderers, Mt. Vula’s eruption, several Empires, The Realm and The Great Invasion. Not to mention several great storms with winds so hard that cries all the way from Outlands could be herd -or so they said. Anyways, they always recover, and are currently trying to rebuild the order between Nobility and the common people. But not all are keen to that burden once again and the ideas sparkled by for example Free City of Muldum are beginning to take root across the Isle. 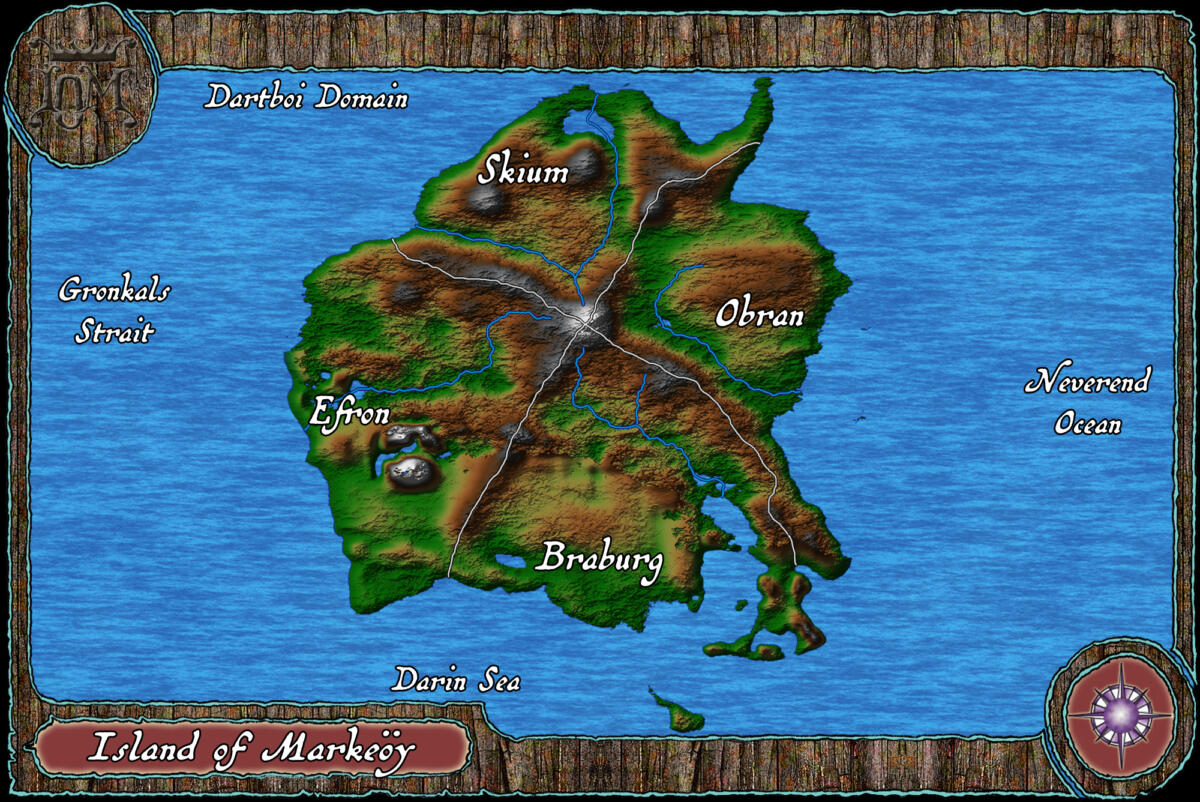 Located as the eastern Isle of the Realm, with several interesting Countries, Braburg to housing both the Holy Star Order out at he Star Peninsula, and the only known island of T’Aurs in the Bay of Braburg. Efron being the country where the Triad Traders have their main office. Skium being the only country inside the Realm where a mayor was allowed to run a free city. And Obran being the easternmost country of all in the Realm.

Island of Markeoy are the home of four of the greatest rivers in the Realm.

In Skium Nipapids Rivlets originate at the northern side of Mt. Azül and at Lurzadils Dunes it splits into two. One part floating westwards across Paletonys Plateau and down into Hummerum Lowerings. From which it cuts narrowly through Brownberry Heights and flows gently down through Mangdal Valley, eventually pouring out into the Gabo's Strait. The other part flows down alongside the Azül Brannochs out into Pinkberry Plains. From those wetlands, it floats into Whoktor's Hills, cutting a narrow deep stream that eventually floats out into Lake Muldu right next to the Free City of Muldum.

Mt. Azül is also the origin of Kirby's Waters, a small Creek that runs down the wastern side. As it floats on several smaller springs and creeks adds to the stream making it a large River when it pours from rocks into Bolog Foothills and Rash-Hish Valley. From where it goes all across Efron and continue into Vindalls Plateau. Where it gives birth to Wrondyr's Waterfall plummeting down into Frond's Pond and Frond's Siblings, after which Lake Lamip adds to the waters and it floats out into Gabo's Strait.

Mt. Azül has many nicknames, one of them is Mother of Waters, due it being the origin of tree major rivers of The Realm. At the south side, in Braburg the Turquoise Creek has its offspring  which floats down into the Green Dunes where it merges with the less watery Cobalt Run coming from Mt. Cobaldy. As they merge they strengthen their force and cuts through the rugged Foothills of Maar and flows down into Maar Lowlands. After which it becomes steeper with strong currents plummeting down into Lake Azuris and Lake Litham before floating out into Rabuns Fjord.

The only major river at Markeöy not originating at Mt. Azül is Wickram River which originate at the western side of Orwoll's Heights where it falls down into Ulbur's Plains watering the main agricultural areas of Obran. At the southers plains it chews through Einnas Ridge and pours out into Pebron Plain and ends it run out into the East Ocean

Some of their Kings are still adhering to the Cleansing Crusade as it gives them an excuse to gain more power for themselves. Others are trying to rebuild The Realm and Nefius of course are, despite his old age, still trying to restore his house to former glory -and grasp of Markeoy.

Chew a bite… gulp a drop… smear a cream…