As its Race of origin.

“As The Deep Blue tsunami swept tombs, chambers, mounds and graves, with a maelstroem of World and Astral. Many a long dead Carcass where reanimated by a brutal yank of  Spirits lingering in the void -and forth came the Arisen.”

Some of the Arisen where buried way back in the dawn of First Age or in the mists of the Dark Ages. Either in grand glory, servants unwillingly following their masters, soldiers in battlefield mass-graves, or victims slowly rotting down into the soil of farmlands, ruined villages or bogs. So their odd slumber was deep and strong, seemingly waiting for something to once more bind Carcass and Spirit as a whole.

And then it happened, but not as they anticipated some have told us. On the day Ljostari sank and Mt. Vula erupted.  The waters of what we now call ‘The Deep Blue’ gushed and sprayed up and vecame mixed with Mana leaking, floating and pouring from the Astral, and it all became oddly tainted. Then a tsunami formed and swept shores and lands blowing animation back to half rottened corpses, dried up piles of bones and mummified remains.

As burial chambers flooded, the taint caused these Heroic individuals and their followers to rise from tombs and graves. Thus where the Arisen born. Some annoyed by the disruption from their long slumber and generally came with a dislike for the living -for some it was even disgust and hate.

Arisen are not a single Race, but a collection of individuals from all Races. Sharing one common thing; they either drowned in ‘The Deep Blue’ waters surrounding Mt. Vula and The Rim, where great Heroes long dead and buried at the Isles flushed by waters from when Ljostar sank.

That is the only connection Scholars previously found between all individuals among the large amount of Arisen. Its said that in the beginning they where roaming the shores where they where reanimated. Some Scholars state Draugr creation are older than The Crossing, but when Ljostari sank, a new fraction of Draugs appeared; the ‘Tomb Kings & Queens’. This is a ongoing debate the Arisen merely laugh at.

O, Father, dead in the sea… you came to our aid… your daughters and me…

All hope was gone… Invaders swarmed as a flood…

Foes they screamed… fear, dread and horror… behold the tainted…

To rescue the living… what a tale… 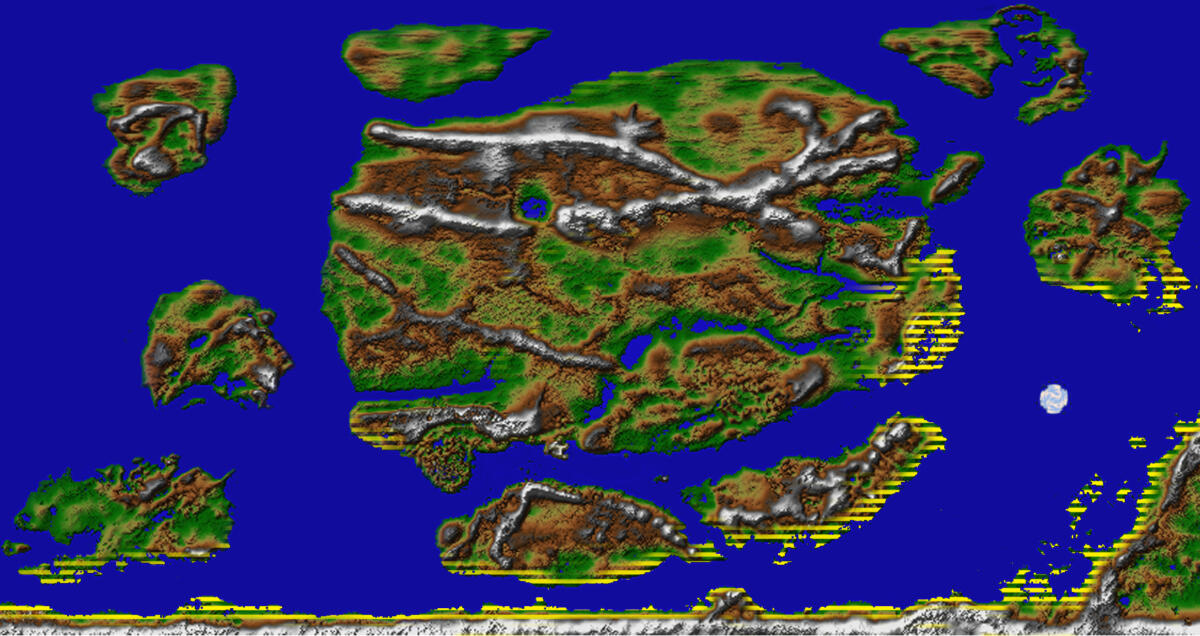 These are the areas in which Arisen normally lives, close to their origin of reanimation. But as time goes by, an increasing amount of Draugr lives scattered throughout the world. Its interesting to study how individual Draugr or in some cases small bands, increasingly are mentioned after the sinking of Ljostari. And then generally appearing at shores facing Mt. Vula and The Rim puzzle us all.

Draugr know languages prior to their death and often more due long years with other Draugr -they live on eternally as they do not die again unless burned. Its rumored that there exist Draugr thousands of years old, yet I have not met any of these ‘Ancient Draugr’ as they are extremely secretive.

Unable to reproduce they generally exist and act like when alive, some in solitude, others in small communities and in a few cities. As they don’t eat, drink, and raise children, they produce Raw material, Resource, Goods, craft, study, or act as mercenaries. They trade heavily with other Races.

Theres a large difference in what they are in the eyes of the Mortal Races and Divine Races.

As far as we know, its either a Mummyfied King or a Lich Priest who lead their forces, when they go to war or defend themselves. Seemingly because only those former or selfmade leaders are strong willed enough to use The Deep Blue Drops which comes into existence when Arisen gather. But, as we have observed Arisen Units can continue to act in coordination if their General is slain, just as when they plan and tend their daily business. We think theres a secret behind this, but don’t know for sure.  Skeletons, Zombies, Ghosts, Ghouls and lesser Mummies form their Core and other horrible things their Auxiliary fill and Machines.

When they join a war campaign, their mist gives thickness to each others. So that their General gets 1 ‘The Deep Blue’ Drop for each Unit of 4+ in size. These can then be used to taint Units so they are enhanced. This bond between Units and General also goes the other way, enabling Units to ignore their ‘Gravecalling’. But should their General die, the leaderless ones most likely leave the Battlefield.

Their mist thicken and form Drops of ‘The Deep Blue’ empowering their leader when gathering up. They are also able to reanimate those they slay in conflict, just as if their mist binds spirits to our World.