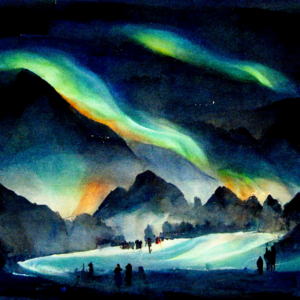 “Its said that in the Dark Ages Tribes South of The Rim headed North to follow a God -hence they came here.”

Our history states that First Age began with The Crossing. The Crossing spanned several years as it was a continued stream of Humans commingly known as Wanderers, described as living peacefully in coexistence with other Races.

Scholars have discovered several ancient documents, about things and events written as they occured in the past. Its now clear that these Wanderers several times erased the original populations and grabbed land previously owned, or was attacked and slaughtered themselves.

It’s now known that prior the great Vular migration stream, a small group of ships carrying people of the Rimzir crossed. Exactly how many is lost through time and not even Kanziganthir know the amounts. But, it was enough to make them prevail and become the Horde Ye Olde Zaphirs.

Its also known that they persued a self proclaimed God and its Vular diciples. We don’t know the identity of this God nor how many diciples it had.

None has been able to cross The Rim by land or sea since Ljostari sank.