Large to muscular to stout.

Greenish, but any is seen.

“Eldest of Wanderers, greatest of strength. They poured across The Rim and came upon their brethen -a new World order for all.”

Its said they as a whole where last of The Crossing tribes, but some of them actually where first of the Wanderers to cross over. As a small force chased the mysterious ‘One Horned’ God to our side of the World.

Since then, they are the ones that has lived most peacefully and interacting with the Other Races. Yet are also those who have fought the most wars and skirmish battles, due conflict internally among the Wanderers and against Gods. For they have indeed fought against and defeated some divine foes.

Considered the oldest of the Wanderers tribes. They consist of  noble and fierce mannish families related to but somewhat larger than their cousins of the Vular and Jomzaar tribes. They are very good hunters and extremely fierce warriors capable of feats of greatness. Usually with long hair and great beards. Some have gained the utmost respect from the older races and befriended many of their heroes. 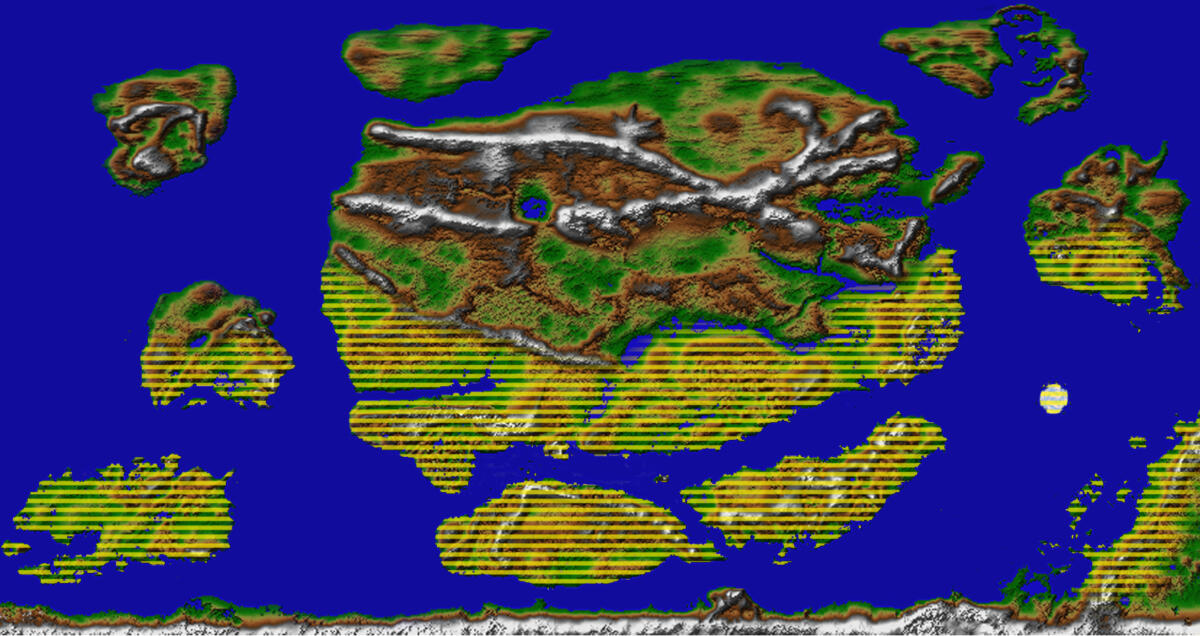 Their settlements are found in woods, foothills and mountains of East Fjella and West Fjella, where they have isolated isles and villages, towns and large fortifications. They can also be encountered around the Fjella Isles, such as in Naldar, Dalip, Midgard, Markeoy, Darin, and very rarely in the rest of what was The Realm.

Either they live as isolated individuals or together in small communities. Common to both are that they seldom live without oath of fealty sworn to a chieftain. They are

I am uncertain if there are any other swampish settlement of these men other than the Berserk Masters, at least i have not heard of it. And as such it’s only their environment that makes me call it swampish, as it also could be considered somewhat Urban.

Originally their tribes crossed The Rim and headed slowly towards Ljostari seemingly in no hurry. This slow migration resulted in house after house detaching and settling in uninhabited areas or alongside other races like Kobold, T'Aurs and others. Settling down was always at easily defendable sites soon fortified even stronger.

Whenever the Lords of a tribe felt someone did something extraordinary, they granted a piece of their common land and aided them with a house. Thus a class of ‘House Karls’ arose as something in between freemen and Nobility.

They are also one part of the ancestors for the Realmar and Common Races.

They have the ability to go in and out of Berserk at will.

I once saw one of these Rimzir goe to-to-toe with a Anurai elder, a feat I’m for certain not capable of myself, that’s for sure. They are extremely strong and have stamina I only have seen matched in the Findograa plain runners. And do they know how to make ale and roast a pig, I must say that their foods are tasty as well. Excellent folks to count as friends as I happen to able to do, especially their remote settlement at The Green Plain in the Red Mountains of Ebrar.

Aside from able to harvest the Forest Spider Silk and somehow prepare it so it can be used to make very resilient shirts and extremely durable ropes, they are also capable of brewing Combat Ale that enable a combatant almost double stamina and able to withstand severe damage before succumbing to their wounds. Some say that their selling of this ale is both competition against the Frenzy Fungi previously controlled and distributed by Nefius of the Triad Traders. Distribution is now being handled by the four chieftains of the Fungi Cartel.