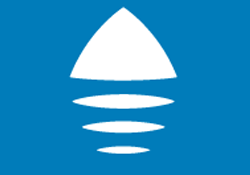 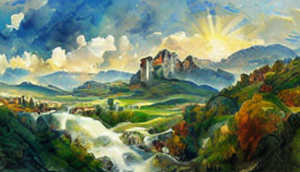 Its as old as any but in the time prior the 1st Cataclysm it was a land stretching far into West Fjella and out towards Mt. Vula. But when the world bent, warped and folded, the current mountain ranges became due the tilting of World surface. Thus the land is shaped as is now.

Then as everything tilted and all the Races tried to survive, the The Deep Blue sent its gargantuan flood of Astral and World matter across the lands. Thus do there now exist Arisen as well as Immortal beings of their Horde. At times Zizu confer with these about ancient matters.

They people, Indigenous, Common, Realmar, Wanderers and Other Races have deleloped a complex system of interaction. This has ensured that even the most lowborn and isolated, are used seeing and meeting what would be called a Monster by those of Midgard.

They have also developed a shared road system which all Nobility and rag tags help tend and develop. That makes heavy transport across land rather easy in Tornix, and with a quite large militia often patrolling, travel is also relatively safe. Even more so because the harbours of Tornix has since the Cleansing Crusade ended, been shut for all but those with a pass to enter. Only goods float in and out in numbers these days. 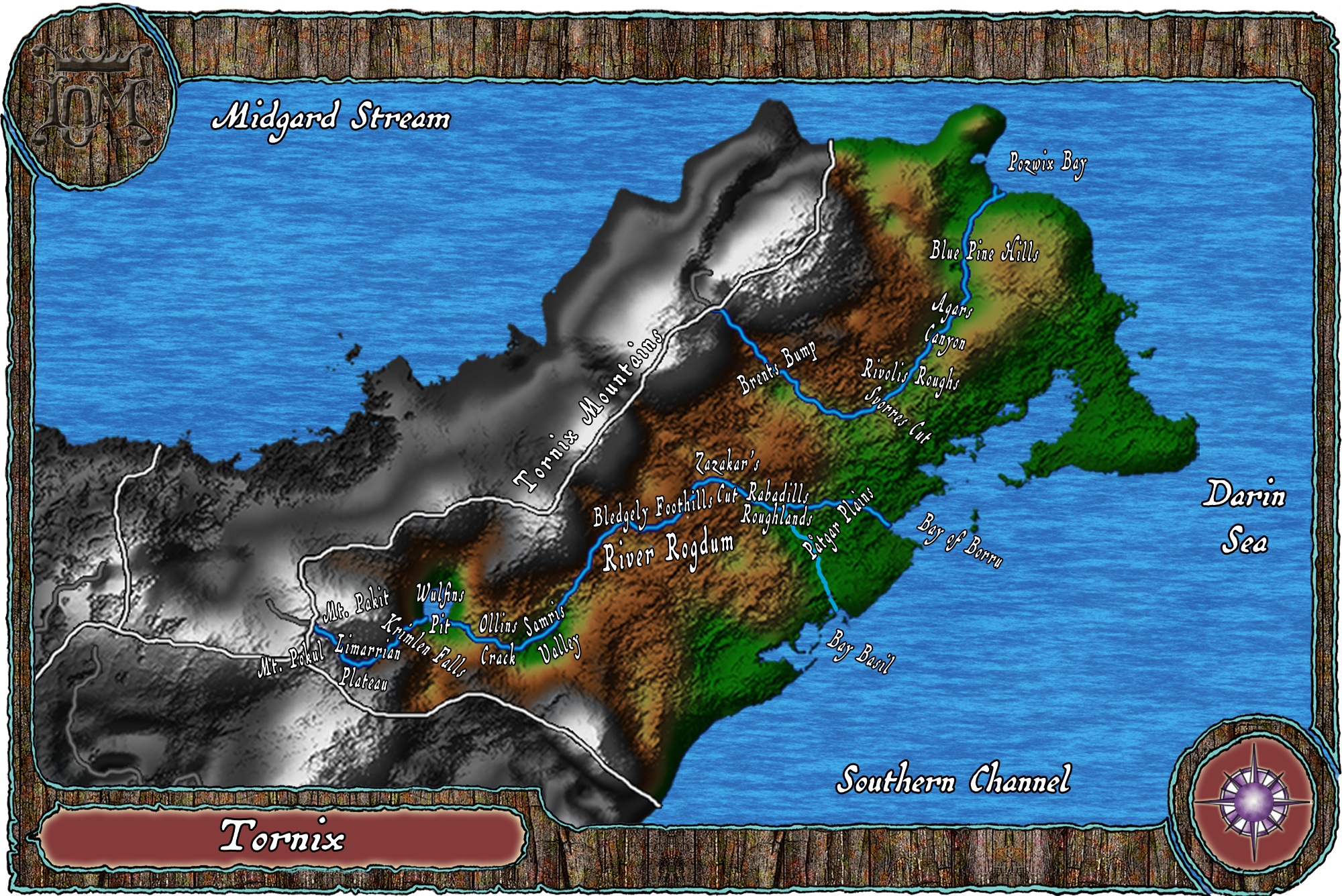 High up the western part of Tornix at the ridge between Mt. Pokul and Mt. Pakit springs forth River Rogdum where it flows out into the Limarrian Plateau. From there it gives birth to Krimlen Falls, plummeting down into Wulfins Pit, a rather deep and large lake that spills through Ollins Crack into Samris Valley. From where it runs through the lower Tornix Mountains and Bledgely Foothills until it reaches Zazkar's Cut where it splits with one part streaming down Rebbadills Roughlands out into Pågtar Plains where it splits again and runs out into Bay of Borru and Bay Basil. The other part, after a Waterfall called Brents Bump, runs thinly through Svorres Cut in Rivols Roughs and floats out into Agars Canyon. And from there it zig-zags down the Blue Pine Hills and eventually spills out into the Pozwix Bay.

If you find a Kinoblin Lamp anywhere, regardless if it lit, flickering or dark. Bring it to the gates of Dawn Reborn, and they will reward you greatly.