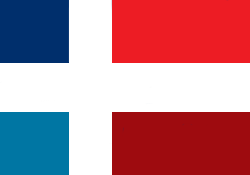 “Once landbound with West Fjella it was cut in halves by Gods wrestling for power”. 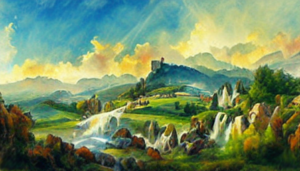 Once a gargantuan Isle, without doubt the 2nd largest, as both Darin and Outlands are considered peninsulas of The Rim. But with the eruption of Mt. Vula it was split in two halves and lost much land southwest of Tornix. 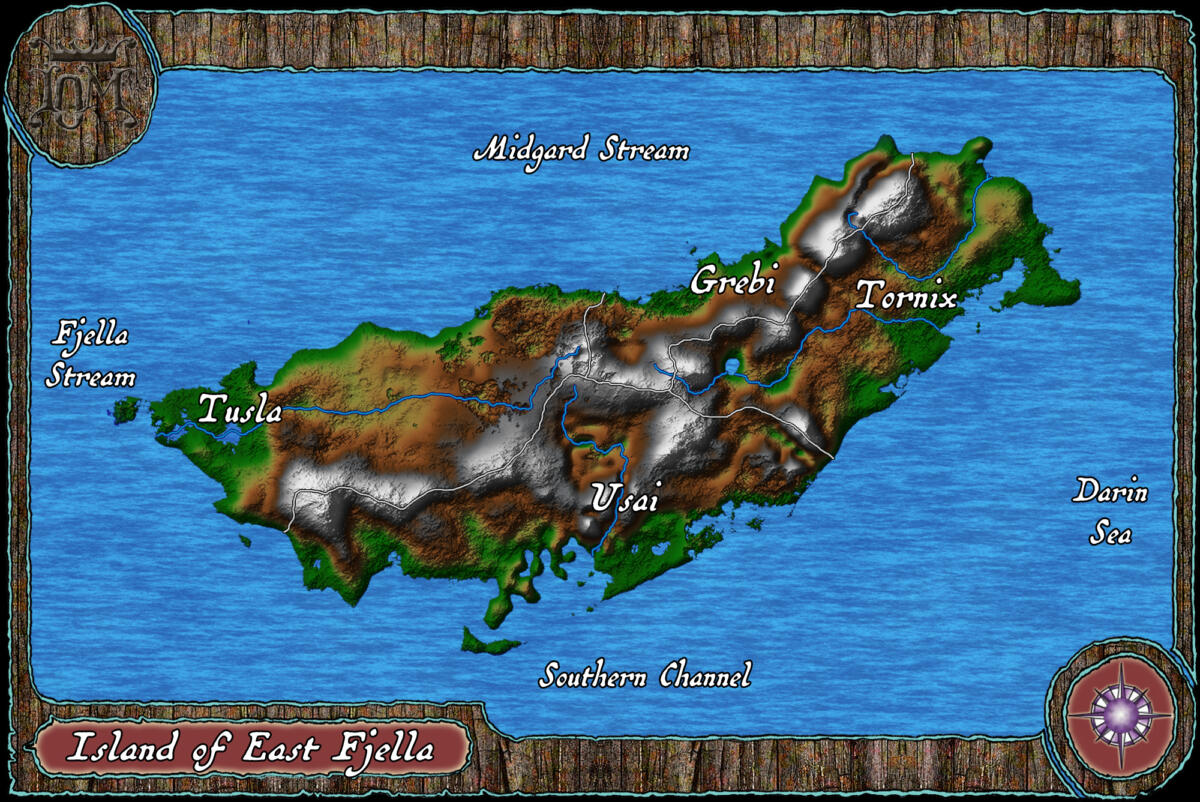 Located as the south-western Isle of the Realm, with tornix the country reaching the farthest west.

Island of East Fjella are the home of tree of the greatest rivers in the Realm.

In Tuslas eastern heights lay the Greystone Plateau, which are the birthplace of River Ronmarrs twin sources. Both equally ascribed as origin as they deliver approximately the same amount of water and are located at the plateau. At the plateau edge they merge into Hack Falls and plunge down into the Meka Mines from which they run underground the Humur Heights and emerges again at the Fjordor Roughlands. Where it bend and curves all the way through Emdors Valley and after cutting thinly through Gabbyls Maur, it sprays in the form of Rainers Falls downside New Tussy into Lake Tuss. From where it goes to Lake Mill and Lake Moll, eventually floating out into the South Sea.

High up the western part of Tornix at the ridge between Mt. Pokul and Mt. Pakit springs forth River Rogdum where it flows out into the Limarrian Plateau. From there it gives birth to Krimlen Falls, plummeting down into Wulfins Pit, a rather deep and large lake that spills through Ollins Crack into Samris Valley. From where it runs through the lower Tornix Mountains and Bledgely Foothills until it reaches Zazkar's Cut where it splits with one part streaming down Rebbadills Roughlands out into Pågtar Plains where it splits again and runs out into Bay of Borru and Bay Basil. The other part, after a Waterfall called Brents Bump, runs thinly through Svorres Cut in Rivols Roughs and floats out into Agars Canyon. And from there it zig-zags down the Blue Pine Hills and eventually spills out into the Pozwix Bay.

At the heights of Mt. Depol, resting steadily between Tusla, Grebi and Usai, springs forth the River Honver where it streams down the narrow Valley Lirmun until it enters Sems Plateau. From there it cuts down Razzors Rim and opens out into Steiners Steps. Reaching their end it floats out into Kommils Valley and cutting through Wermuls Wall it zig-zags down Keinos Hills out into the Pits of Bir and Bur. Where it, in a thing strong current, cuts itself deep into Jerons Heights. And then runs all the length of Honver Valley, untill it forms Lake Gilba and finally spilling out into Dûrs Gulf.

East Fjella has almost closed it harbours for any vessel from the rest of The Realm., only allowing the most urgent of goods and envous of diplomacy. Of course this are very hard to uphold and has also led to an increase of trade goods and personal transport to it via the Astral. Thus bringing renewed energy into the Gods so i assume they have a hand in Kings deciding this.

Dont shoot bears or any other animal at first sight, as it might be a Fylgia possessed Human