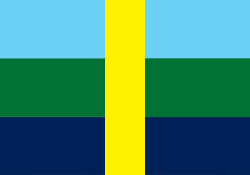 “Parted from East Fjella millenniums ago when Gods are said to have had a mighty battle for power. The dissappeared lands were sucked down when Mt. Vula erupted.” 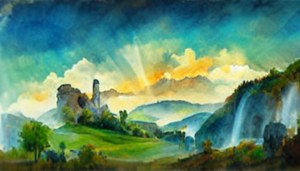 Since the Dark Ages Archaic tribes have lived alongside other Races at West Fjella. Through time it has been under the banner of several Empires, who all crumbled, yet the ‘Fjella Tribes’ persisted. These now live as they please, free of latest attempt – The Realm. Which taxes none liked despite the peace and prosperity it brought along. 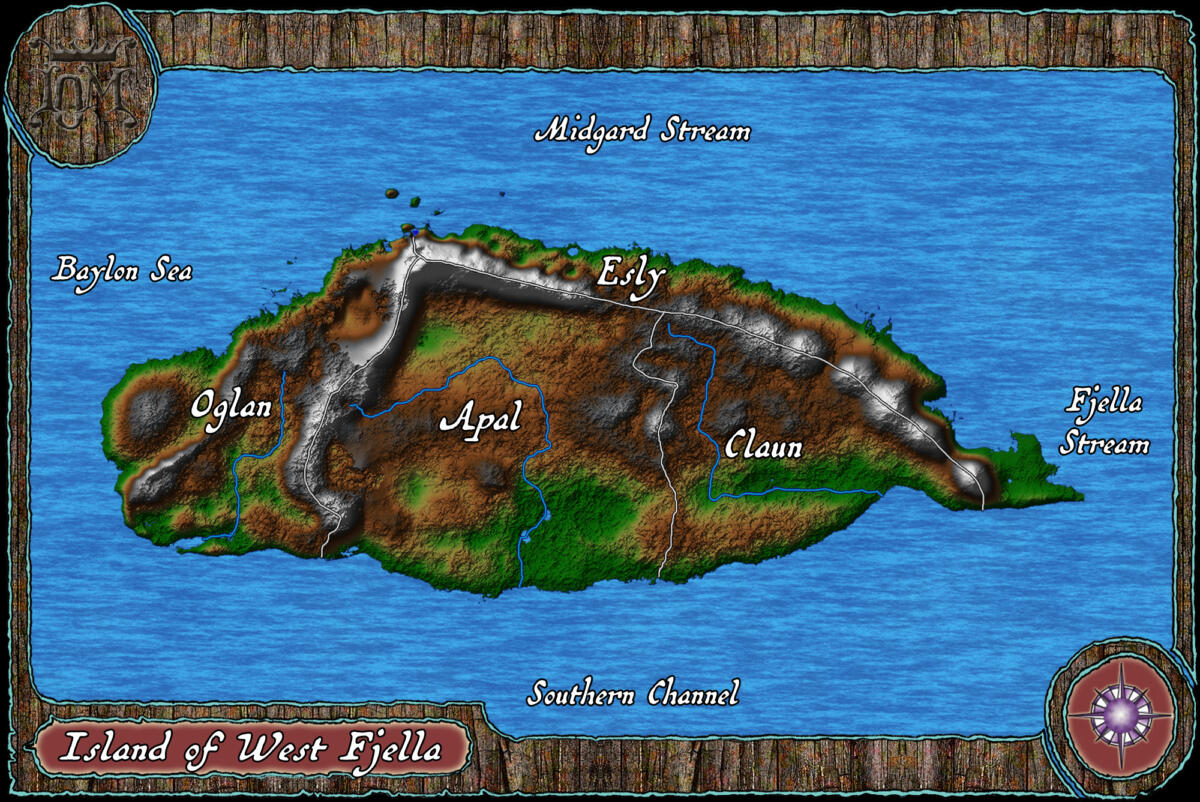 Located as the southern Isle of The Realm, with Apal so close to the Rim that one can see the contours of the mountains clearly. One of the most interesting things though, is the current attempt from leading people of Esly, to gain control over the small self-governing Island of Ea. Home to Academy of Ea which up until The Great Invasion housed the finest and most skilled of Shapeshifter.

West-Fjella are the home of three of the greatest rivers at The Realm lesser Islands.

In Apal, at the south side of Mt. Dorri, springs forth the River Fulmot which runs down into the Komlyan Plain floating through the gargantuan Roughlands of Stomirr it goes southward through Kajar Highlands and cuts deep into Apalian Heights. From there it falls down Cerrmurs Hills, feeding Lake Latt and Lake Dinn and continuing all the way to the Shevalian Shores floating out into the South Sea.

In the most northern of Claun's valleys, Valley Vrondarr, springs forth Tronds Tributary. Running through the valley it floats out into Måns Heights and finally, after falling down the Serruman Falls it floats through the entire Garma Valley.

Having parted with The Realm it’s with clawing and brutal might the four Kingdoms their rule over the hundreds of Hordes, tribes, hermits and Organizations. But they manage to do it, by honouring aid and punishing rebellion distributing the confiscated enemy property and treasure. But the borders and control are in a fragile state and areas are de facto ruled by locals. So be very careful with displaying homage and colours if you’re not traveling in numbers or might.

The Isle where one is most likely to encounter Archaic people and if so, please remain calm