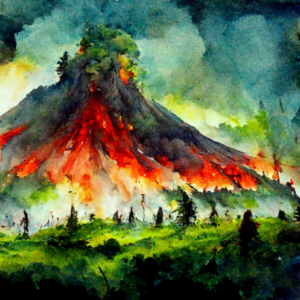 “Dormant since dawn of time it was a Sailors landmark of Ljostari. But when the Vular attacked the Ljost Alfar and many other Races and Gods threw themselves into the fray. It erupted and engulfed the greatest heaven, changing it into a craftsman’s dream.” 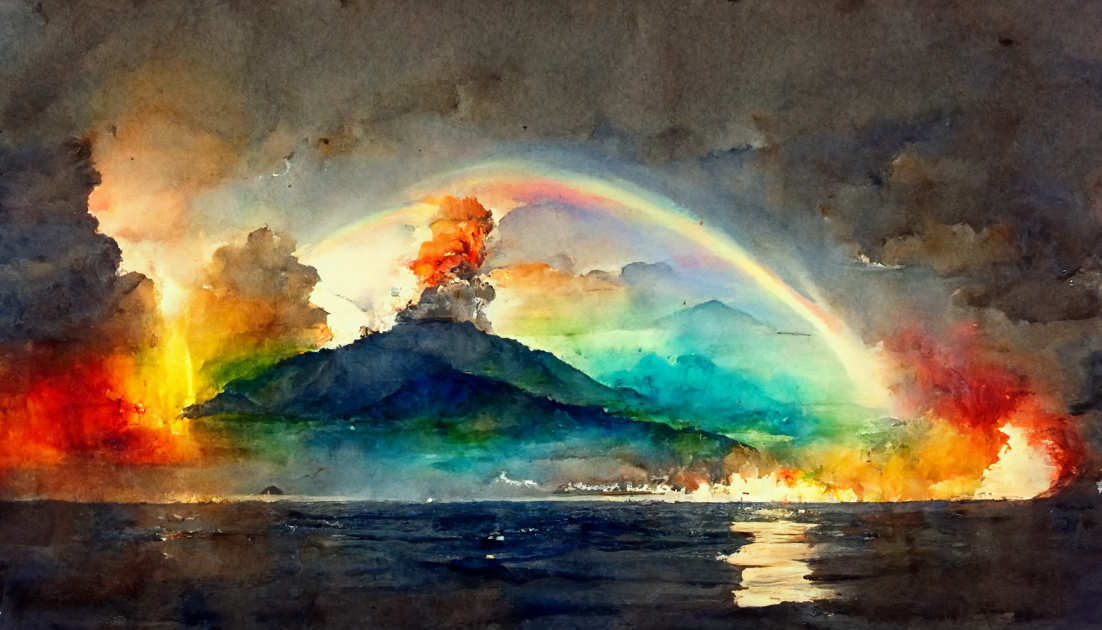 Mt. Vula was a dormant volcano that became the battleground for the most fierce release of Magic known. Energies released became so powerful that they began ripping both Mana Manipulator and Gods apart, using their energies to feed itself. Eventually it built to such force, that it ripped apart the fabric that separated the Astral and our World. This ‘rain of rainbows’ as the few surviving Ljost Alfar call it, created a fabric-soup that polluted the sea around Ljostari as it sank into the waters -now known as The Deep Blue.

As it crumbled, tipped and sank many tried to flee, some even foolisly tried to use Teleport Sites. It’s said that at time people traveling the Astral can hear the moaning, sobbing and screams of some of these unfortunate fools. Only Mt. Vula as such survived the sinking but iIt’s now a remote island covered in Magic mist, preventing people from reaching it through the physical plane. It is only reachable through Astravel.

After the eruption it eventually cooled somewhat but Mana kept leaking from the Astral into the volcano. Gods, Vornir and everyone else couldn’t stop it. So this ‘swirling rainbow rain’ kept pouring into Mt. Vulas hot molten lava. The energies released created a hugs chamber and many tunnels of emerging steam.

Eventually they entered the chamber and tunnels, and met some odd creatures, born of molten lava and raw Mana. These where named Lava imp's and feed of the Mana energies coming down, keeping them animated, hot and thinking. They are exceptional Crafters and willingly teach, aid and learn alongside the Worlds finest of all other Races in the Great Kettle

Its only accesible through the Astral if one are also invited.