“Crossing the ridge, Black Oak overlooked a vast plain below. In the damp mists it was as if a great capital lingered in the center, and hundreds of caravans traveled forth and back.” 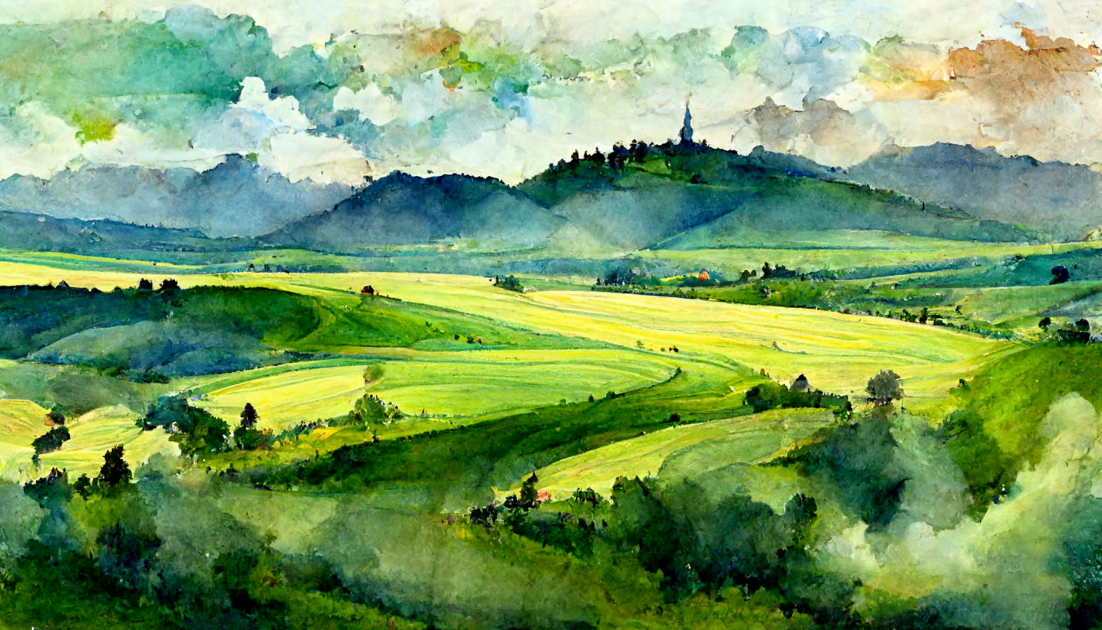 The Realm is the largest union of Isles, Countries and Hordes that ever existed. Officially founded in 1250 SA it only lasted 33 years as it crumbled when The Great Invasion hit its shores and Teleport Sites. Some claim its birth are to be counted since the victory of the 1st Alliance behind the idea, in the brief but brutal war between them and some opposing Hordes in 1246. Others that it dates back to Meanbones Banquet in 1232, where scores of Kings and other notabilities openly discussed the idea. And then theres those that argue that it was founded 1208 in Tartu, capital of Spiy. Where a dozen Kings pledged themselves to the concept without crowning a High King. 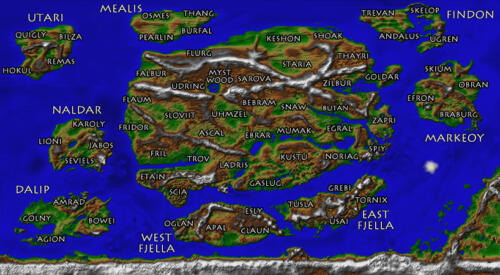 The Realm consists of nine large landmasses called Greater Isles, or merely Isles in daily speech among the common folk. They are generally identified by convention rather than any strict criteria, Midgard are of a size that qualify for the label of Continent. They are, from largest to smallest in size: Midgard, Markeoy, West Fjella, Dalip, East Fjella, Findon, Utari, Naldar, and Mealis. All Islands have a wide variation of climate, landscape, flora, fauna and human cultures. Things vary greatly from Isle to Isle, and even from Country to Country.

A Country is a part of an Isle, identified as a distinct national entity in political geography, or a geographic region associated with sets of previously independent or different people with distinct political or cultural characteristics. Regardless of the physical geography, the Counsel of Colours, the institution of the High King and the Hordes accepted this legal definition as borders between self-governing Countries.

Far too many petty lords are grasping for power beyond their capabilities these days… and the High King is unable to restore order, despite what he thinks… everyone does as he sees fit and some don’t even care about bloodline status anymore…
Darin seems lost to the powerful old lords and their warring Horde… and as I have heard, they have begun forcing the Holy Star Order out of Darin… not always peacefully mind you…
East Fjella seems to have been swarmed by those hailing the old Vularian empire… I foresee quite some conflict there when Zizu gets back on his feet… he won’t freely let go what he created… Mealis is sadly struck by plague and about to erupt in utter chaos I’ve heard… I could go on but it saddens my tongue and hearth…

Had it been me wearing that High Kings crown I can assure you peace would already have been instilled everywhere. And far more of the shady lords and eager hot-heads would have been dealt with long ago. Especially those who prior the Invasion, allowed the darn Kinoblin to sail around and gather information, and those who housed Drakk Alfar at their courts and counsels would also have had some explanations to do, before paying dues.

Take Markeoy for example, it’s now as good as totally under Triad Traders control apart from areas controlled by the Holy Star Order. The poor peasants are hostage between those wanting fief to be paid, and there’s plenty I assure you. It might end with people preferring the T'Aurs of Mumuarki in Bay of Braburg to govern them. Or look at Naldar since their feudal system collapsed. That nest of pirates swarming the coasts all the way up and down the Realm so freely that it’s said impetuous people from West Fjella have begun the same raiding behaviour.

Oh well, there’s nothing I can do about that, except maybe share some location info to the bold in exchange for a hot stew and some ale…

Take Academy of Ea for example and see who’s already building camps on their shores… Lords of Gaslug, Tusla and even Esly have begun fort constructions… and hiring in hungry men eager for food and maybe some rare or good loot in the near future… and I bet you that Esly and Oglan soon will blow up due to the exquisite and rare Red Marble they share…

Prior to The Great Invasion the Outlands was but rumors amongst boasting sailors and all the Isles had been under the wings of the High King in a united Realm for longer than most could remember. Some people like Lionel claimed that the Kinoblin originated from the Outlands but most who were aware of other Races merely thought of them as Kobold or similar man-shunning races. But with The Great Invasion we must admit that the wings of the High King has been clipped and order has been thrown into chaos.

Many among the Nobility found it a great idea, and are now trying to reform The Realm.