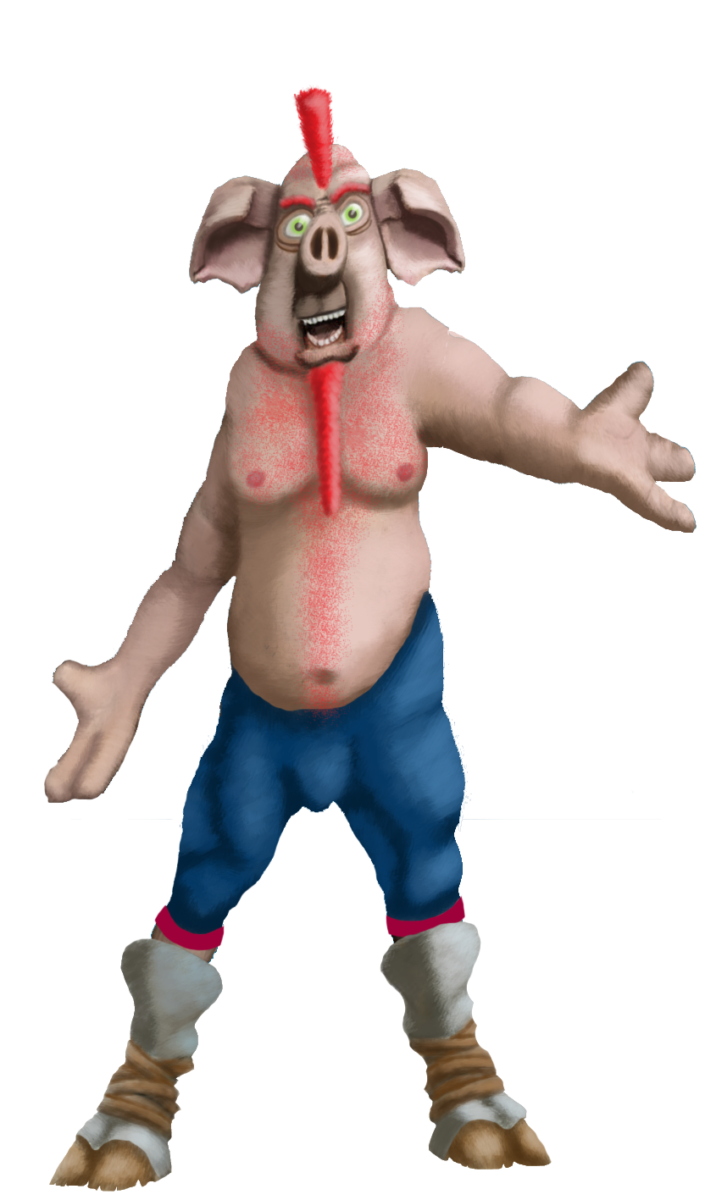 “Almost like stampeding cattle… they swarm into any battle… ignoring most wounds!”

Yell'a'Beard told me that back in Outlands they live in huge tribes, huddled up in gargantuan monestaries. Almost as our Grimsborg. According to Yell’a’Beard their hubs strecth from The Rim all the way up north -in-between the Kinoblin and Romasai kingdoms. Thus, its possible to meet them as non-furred golden skinned from up north, to pale-furred from down around the Rim.

Distinguished by being stocky humanoid with pig-like heads. The war-tribe Pigryns from Outlands now have a hard time hiding in crowds and most know discovery equals a last fight for life.

Their Nobility are more remote to the lowborn than Human sub-races from Naldar. Each tribe leader is obeyed by his tribe without question, and should dispute arise internally, matters are solved by a duel to the death. They seemingly have both a brute soldier class and a more clever officer class within their military ranks.

When they disembarked from the Kinoblin Junks and swarmed the peninsula to lay siege to the Holy Star Order. It came as a surprise to many how fierce they could fight, how much stamina they had, and how many and deep wounds they could endure before succumbing. They where indeed the right adversary to the paladins of the order.