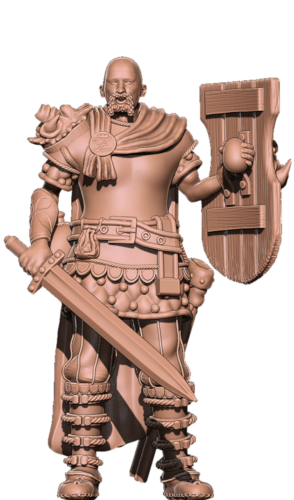 Tusk of elements… the Boar…

When his parents, a silversmith couple, were returning from a convention and sailed across Lake Egzar to Stakholm in Zapri. The ferry tipped over and sank, giving his mother so much stress, that she delivered Tuuna in the water as they where picked up by a fisherman. Who then sailed them to the pier of Turmata.

As they returned home and years passed his parents disliked that he didn’t want to continue their trade as silversmiths, but noticed how he seemed to know water currents and where good catches were to be found. He also became an excellent swimmer and could dive like none else. Eventually they helped him get a small fishing boat, which in time would prove them a priceless investment. As it was this that brought their son to the center of power and their family incredible wealth.

Within a few years Tuuna had sailed on every current in Lake Egzar, upriver to Butan and all the way past Snaw into Bebram. It was as he knew everything about currents, reefs, sandbanks and what else and thus could travel where none else fared -and swifter. He became wealthy due his quality catchings, findings and transportation of people and goods. With wealth became a more relaxed life and he began to dive more than fish and transport. And if his secure and speedy transports hadn’t made him friends in high places, his dive-finds surely did.

In the beginning it was just a random big pearl or some recent droppings of this and that. Then older coins, jewelry, weapons, armour, flasks, and similar things of great value to collectors or descendants of their previous owners. At times he found things which the local dealers wouldn’t touch or he felt there where better bargains to be made. So he began frequenting the bigger towns and cities. Eventually leading him to some of the greater Hordes, and that’s when things got… exiting.

Because suddenly he gained access to great libraries and free passage in some great trade hubs. Making him extremely wealthy and able to buy back- and resell previously found items at enormous amounts to the right buyers. But this also brought thieves, robbers, burglars and assassins on his trail. Some wanted what was not theirs for free and often regretted the prize paid -or the mere fact that he knew they had bought this and that.

So, that’s why he started to train ‘board & blade’.

I once heard, from but a single source, that in 1178 he was approached by both Den Godan and Setil within the same month. Both asking him if he had ever seen, or owned a small egg-like silver amulet, able to come apart with 2 long needles at each end and with gems at the end. If so and he was willing to sell, they would pay him “a backpack of gems”. How this one knew this I didn’t ask, but I’m certain that it was this that made Tuuna realize there was greater things to be hunted for, than decorated blades and grandfathers on coins.

So he approached one of the nearby Hordes and with his knowledge and fluid fighting style he became part of the Hird in Ye Olde Zaphirs. Not only to guard their greyhaired ‘ol tree Black Oak or the merry comrades he gained in that Horde. But as he said, “Also to be able to go where no guests are allowed, in search of legendary spoils for the exclusive customer.”

Due loss of people and library annals as a result of the Invasion its uncertain to tell exactly when Tuuna left Ye Olde Zaphirs. But it was after Black Oak became High King in 1250 and before the 3rd, slain High King was crowned in 1274. And its also unclear why, but some sources claim that he traveled directly to Dueberg when he left. Others say he only stayed there for a day, then left for the The Lair at Gleaming Isle, again only staying for a day before sailing south.

Last recordings I know of him prior The Great Invasion was that he was seen leaving a ship in Port Halveso at Lake Komla in Ladris.

No longer Stallari or bonded to Ye Olde Zaphirs and never sworn to The Realm, he lived consuming from his enormous wealth. Since The Great Invasion he has restored some of his possessions  and owings, but also lives by offering his still strong swordskills and occasional dive-find.

He can swim, dive and hold breath better than most mortals.