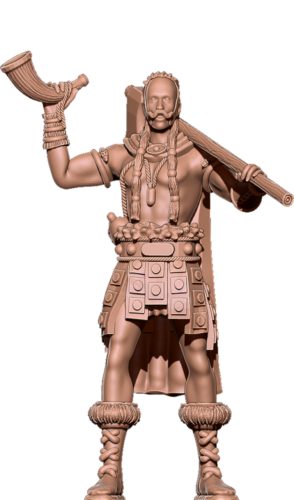 “Son of a guard… life was hard…

joined the best… outshone the rest…

Without frown… wore their crown…”

Born 1176 in the coastal town of Göten the son of the city guard captain, he spent his youth aiding his father and training with the guardsmen. He was on a path to become officer of the guard, when he in 1203 encountered a group from Ye Olde Zaphirs. The impression these made on him, made him leave his home and travel along to Grindaa.

So in the autumn he stood at their great hall pledging loyalty to Ye Olde Zaphirs, and his fighting skills soon made him a preferred participant in patrolling and raiding those who plundered their lands. Such was his skills, mood and demeanor that he in 1215 was made Jarl.

Taking his position as Jarl seriously he tried to prevent the split when Warlust left. To such extent, that several elders thought him qualified to be King. And when Black Oak resigned in 1250 to become High King, Wolfhowl kept a stiff upper-lip so to say, and supported his comrade Woodmaster as the 43rd King.  However as Woodmaster abdicated in 1253, and Sjekac became temporary King, to be proper crowned at the Fair of The Realm in 1254. He heard the mumbling of the men.

So, it was not Sjekac who had the crown placed at his head, by the High King Black Oak, but Wolfhowl who became the 45th king of Ye Olde Zaphirs. He spent the time managing the cracked and torn lot, trying to restore the Hordes former glory, but time has changed and less fighting took place. Duels no longer undertaken as laws settled disputes and Hordes on the surface generaly lived in peace.

But in 1277 when The Great Invasion hit The Realm, ‘The Wolfhowl’ rang again throughout the lands. He participated in the Cleansing Crusade and now walks the Cleansing Oath and tend his almost erased Horde.