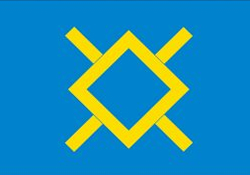 “Nicknamed ‘The Eastern Shore’, due the vast ocean towards Outlands. One can here find the most daring Sailors and perceptive City Guards.” 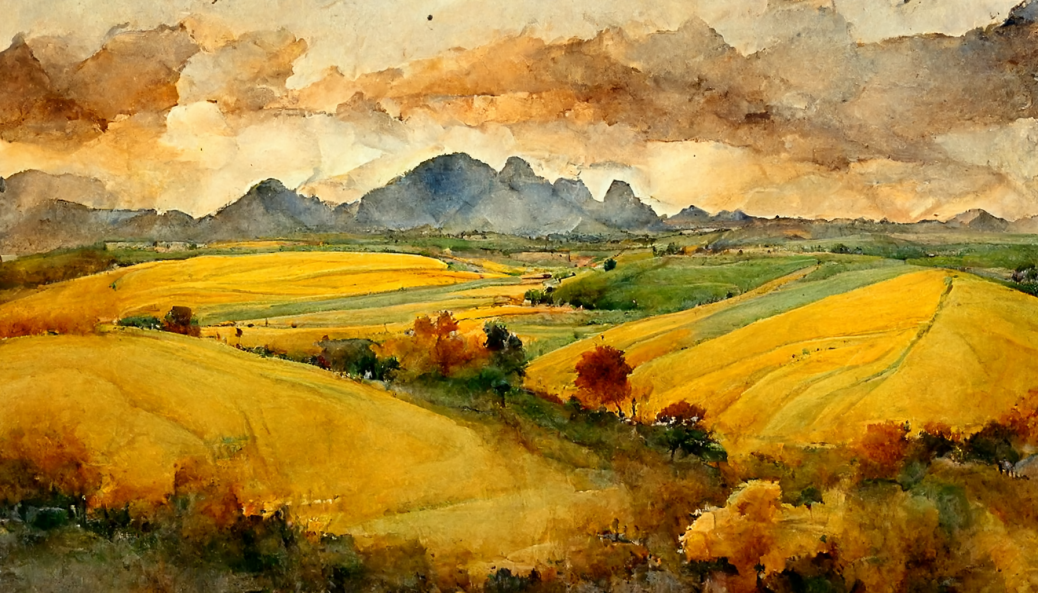 Hundreds of lesser Markian tribes has through times inhabited the lands alongside many settlements and wandering flocks form Other races. Slowly these tribes either became Hordes, was soaked up by these, or became isolated tribes resisting every attempt of trade and takeover. This led Markeoy to be one of the rare Isles where old pre Age of Hordes tribes exist side by side with modern minded tribes.

This means that if one derail from paths or roads between settlements, towns or cities and travel through the wilderness. One might suddenly face some rather unpleasant or upset individuals angry over something a traveller could not know. Yet theres still some who do it as they might be lucky and stumble over an individual, family or tribe with rare odd trade goods or Resource. Or themselves find a treasure spot to be harvested or inhabited. Thus the roughlands and foothills of Obrand do see a lone strider or adventurous lot now and then.

It was not until 351 SA before the first of the Wanderers came to current day Obran. But when they came it was with ships down at the east side of the Star Peninsula. Where they anchored up in Lisil's Bay and founded the now abandoned Fort Lisil. Abandoned by living that is, because when Ljostari sank and The Deep Blue tsunami swept their burial chambers so their dead became Arisen. They swept their former homes and claimed residence so all living fled out and up to the three East Ocean harbour towns of Taillin, Tavluaan and Tirebool. The bay refugees was welcomed by their brethren and the towns swelled greatly. Actually that and the Arisen protection was the reason behind the strong defences, which ensured the citizens managed to fend off forces from The Great Invasion.

These Arisen are some of those that have stayed at their original place of rebirth instead of moving to Draugarien.

Up through time Obran has produced agricultural vares in excess and export those. They also have large amount of wildlife so meat, skin, fur, bone, and antler comes in plenty. Orwoll's Heights also adds to Obrans overall income due its rare Minerals. 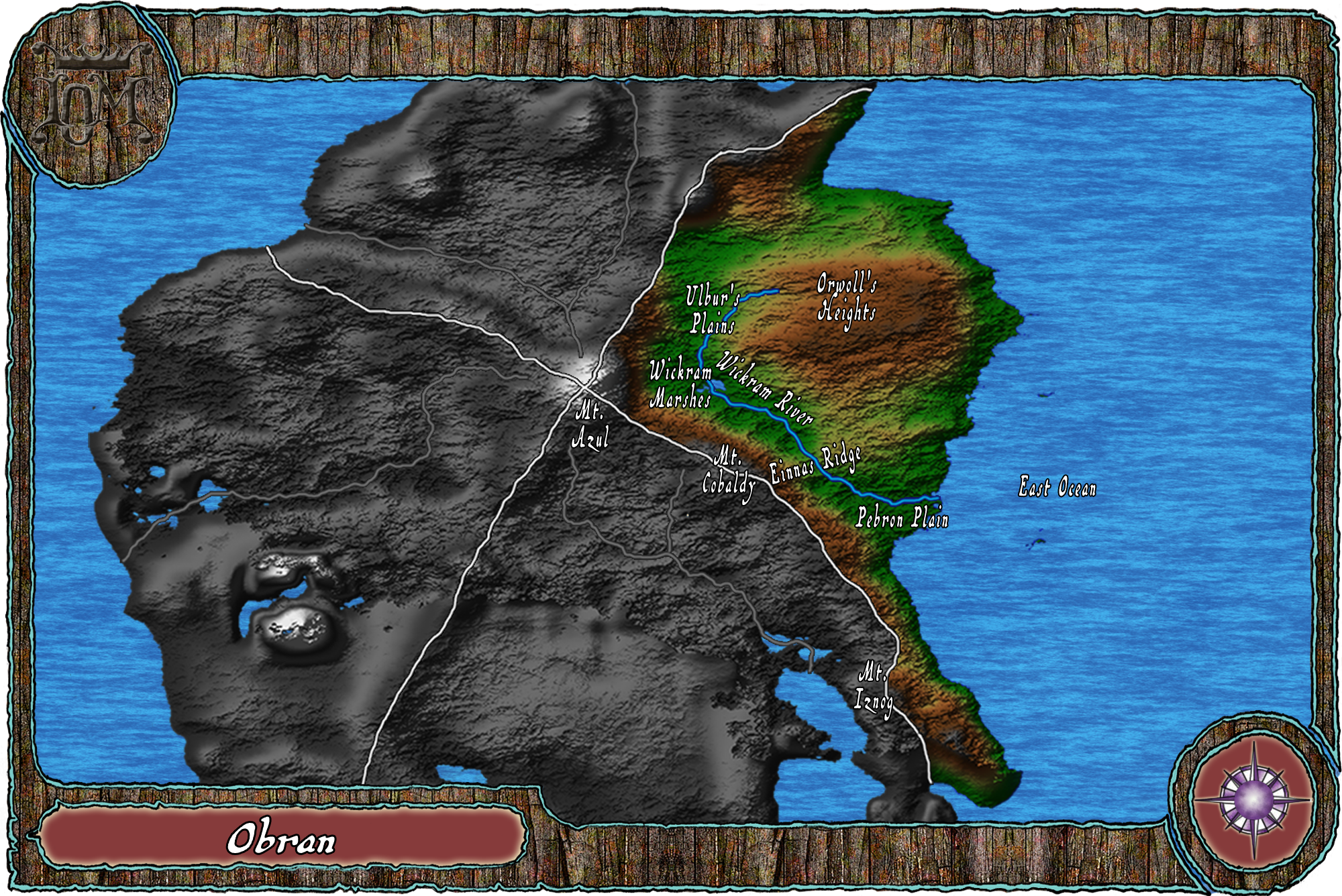 Recieving the steady humid eaheastern winds coming all the way from Outlands Obran recieves a rather large amount of rain. Tucked in between two mountain ranges slowly narrowing as they go inlands and with Orwoll's Heights somewhat forcing the winds to split sideways or up -The shorelands between Orwell’s Heights and the East Ocean gets quite a lot of rain and storms but is also a fertile land. As the East winds blows further in they begin to slightly bend due the mountain ranges and at Mt. Azül they let loose their humidity and often make both Ulbur's Plains and Wickram Marshes wet streets and roads of nearby settlements.

The only major river at Markeöy not originating at Mt. Azül is Wickram River which originate at the western side of Orwoll’s Heights where it falls down into Ulbur’s Plains watering the main agricultural areas of Obran. At the southers plains it chews through Einnas Ridge and pours out into Pebron Plain and ends it run out into the East Ocean

As such all tribes accepted the High King concept, as long as protection stood far above taxes in The Realm. But now its total chaos afain, as many of the former Hordes abd tribes no longer exist. So almost every settlement try to rule itselv and exist in peace. But many a Nobility also tries to enhance their former glory.

You can get Combat Herbs everywhere.