Mostly brown but any other colour has been seen.

Considered the 5th oldest of the Indigenous tribes, the are offspring from mixing T'Aurs and Archaic Neander. A rather large stockier build sub-race than any of the other humans, they are as strong boned as their ancestors. They are also as skilled in crafting as the Vular, and the Jomzaar in combat. They take the credit for Dalip being an independent Island, free of any of the Horde influence seen elsewhere, “Beating off any unwelcome guest…”, as they say.

Its still uncertain why the Ogryl was attacked by the Vular. But, the long struggle said to be the reason their empire collapsed. 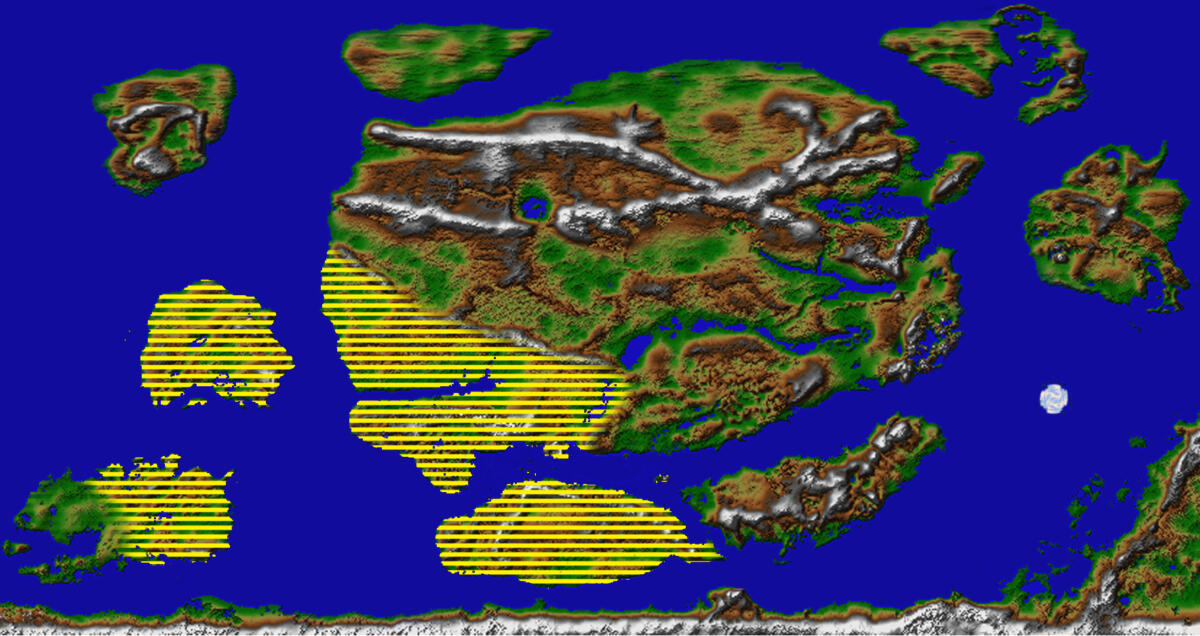 They are found in settlements at Dalip, Naldar, West Fjella, southern Midgard and as rare individuals travelling The Realm.

They rarely mix with others and only do so when pursuing their own or their lords interests.

Only their envoys and upper court people dealing with the High King normally know Nimzaxian.

The most famous of all these are without doubt Pakara.

The most remarkable thing is their Strength and resilience towards Mentalism