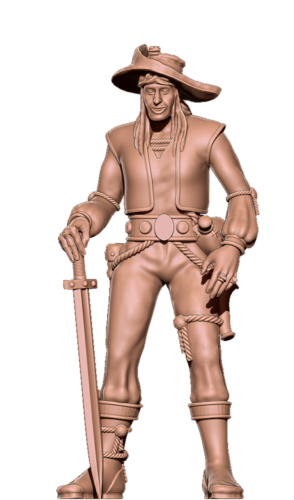 “A noble child of hearth and birthright, but cheated and raised in poverty he also know the strength of ruthlesness..”

Exactly what day he is born is unknown, but in the morning of the 30th the infant was found at the door to the children’s home in Port Alasso, trade nerve to Utari and Mealis. As he grew up, tall and slender, people began to whisper how the lad looked like Lord Steff le Brant. Gossip that didn’t aid the foster child one bit, as it only brought mockery and beatings from the middle and upper class kids.

What it did though, was infest a grudge towards the noble- and highborn and how they could get away with as good as anything. Meanwhile the commoner and poor where punished for the slightest error or slip. Thus, he and some other foster-homers began to explore how they could take revenge, and discovered that not only pick-pocketing and burglary could pay off. But the right information, at the right time, to the right people was far more valuable.

So, in the spring of 1170 the kids led by Gabz used their spoils to hire a beggar to be their legal guardian. They used him to buy a old ruined inn and named it The Tired Drummer. Within a few months it was a thriving place due their tireless promotion of it to everyone. The gangs street credit grew weekly as they used the earnings and shady spoils to buy other faulty inns, taverns, stables, brothels and so on.

As the Kinoblin made a very brief stop at Port Alasso that same year. Gabz noticed the shopping hysteria the goods brought among the middle and upper class spoilers. So he persuaded the gang to invest in a shaggy shop and a warehouse down the docks. Despite it being quite a toll on their stash. But it turned out, over the years, that many of the doors that opened for them, was due the rare luxury they gained from Kinoblin, Lionel, and the Triad Traders.

At the age of 16 he applied for citizenship by officially buying The Tired Drummer from the hired elder. As he got it, he became the first of the gang to become a trading citizen. In the next few years all the others did the same, despite gossip about how earnings was made. They simply had become too powerful to stop and the few that tried, somehow had their worst secrets revealed.

They didn’t forget their origin though, and despite the gossip, most earnings did in fact come from honest work and skilled investments. Taking care of the poor, helpless and at times the sick as well. And they even build a new mansion for orphans with a much more caring staff and a far better environment than at their old one. At their height they where members of various guilds, organizations and even city counsel.

From height they fell… everything to sell… souls, friends, oaths, every spell…

Gabz told me that it’s unclear, even for their gang, who started it all. Maybe it was a rivaling force, they don’t know. But in 1205 it all crashed and became rather nasty, as the old gang lost their status due to the city counsel and the Warden of Flaum going rough on alcohol, gambling and prostitution. All other gang members where affiliated with said business and only Gabz had managed to publicly tie himself to the rare antiquities trade. As the gang began to dissolve tongues began to loosen, and that was a danger to all. So, someone at some point, during that spring, decided to silence mouths and hands, and assassinations began.

After the first death, not a week passed then another and within a month the city guard was fighting the underworld, who fought themselves, and meddling with lives of both was the Wardens agents. And some say, several other shady organizations and cults. Not to mention all the scumbags, rag-tags and usurpers who grasped for quick power.

All in all its estimated that between 1-200 citizens disappeared and ended up in the harbour or the nearby rough lands. At least it still happens, that kids finds a old skeleton in the woods or the odd crevasse. But as summer turned into autumn only 4 remained of the whole gang, 3 of them in prison and 1 not connected to criminal activity. So, the agents left and the city guard went at ease.

That same winter a great storm hit the town and its said that several lightning struck and ignited some nearby houses. Starting a city fire that engulfed the prison along 26 other houses. So, with the old gang lost, their entire network eradicated and all their income lost, but for Gabz and his shop, time had turned on them. But he kept his position and kept becoming wealthier meanwhile other noble-born and outstanding citizens fell from grace. Some even claim they had seen those previously thought dead, but they never stated it twice.

Seemingly sticking to his antiques I am aware that he did in fact deal with Setil and that his former gang, now retired from the public, was investigating Kinoblin supporters.

1275 S.A. brought Gabz to Ivory Vale as he was shadowing someone from The Torch who was thought to conspire with the Kinoblin against The Realm. This led him to a inn where he noticed the always bragging Yell'a'Beard at at rear table. Scoffing off the loudmouth he focused on his target and noticed that their card game was a hoax. Cards, bets and calls was done very sloppy and seemingly was a coverup for another, more sinister and dark talk. Aimed for no ears but those at table, and discussion was indeed grim. It was a bounty discussion for the High Kings head and demands for upcoming land and titles. Seemingly on the large side of reasonable, even for scum like these. Because arguing kept growing and so did their information leak. Just as he had heard enough, the names of the persons behind slipped their tongues and both jumped up to take the other down. What fools The Torch employed, totally unperceptive, mindless and dumber than allowed. Gabz decided they was of no further use and a slight trick might even fool the now silent and staring Yell’a’beard. So, when the arguing fools was amidst their final act, Gabz tweaked their Manipulations and they exploded.

When he left, he looked at Yell’a’beard and concluded that this one had not coped what just passed. Thus, no ending of this ones life was neded, especially as tge bewgained intel had to be delivered.

Oficially theres no records of Gabz meddling in with the 1st Alliance trying to outmaneuver the Hordes, create The Realm and crown a High King. And as such their town was not sacked in the first days of The Great Invasion. But when he heard the news, he hid his wealth and traveled to The Lair, then found Setil and they fought some time shoulder to shoulder.