“Once fertile highland Wheat fields and lush Apple and Wine farms. Then tsunamis decimated it much.” 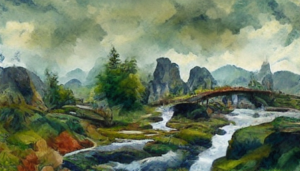 Its history as such raise above the ordinary after Ljostari sank and various T'Aurs groups, gangs, lots and individuals began to arrive in large numbers. As they all had a greater call to gather or simply sent messengers to spread the word about a ‘new Ljostari’.

It never reached the height of Ljostari nor the influx of Other Races but it became a untouchable stronghold of T’Aurs rule. With several coastal villages, towns and cities even open and welcoming Human visitors and trade somewhat inland. But also much secrecy about what goes on further inland.

They do a lot of trading with all the surrounding Races and as often buy Raw material, Resource, Item and Object as they ship to the rest of the World. After all they also know how to Mine and often offer things of high Purity. 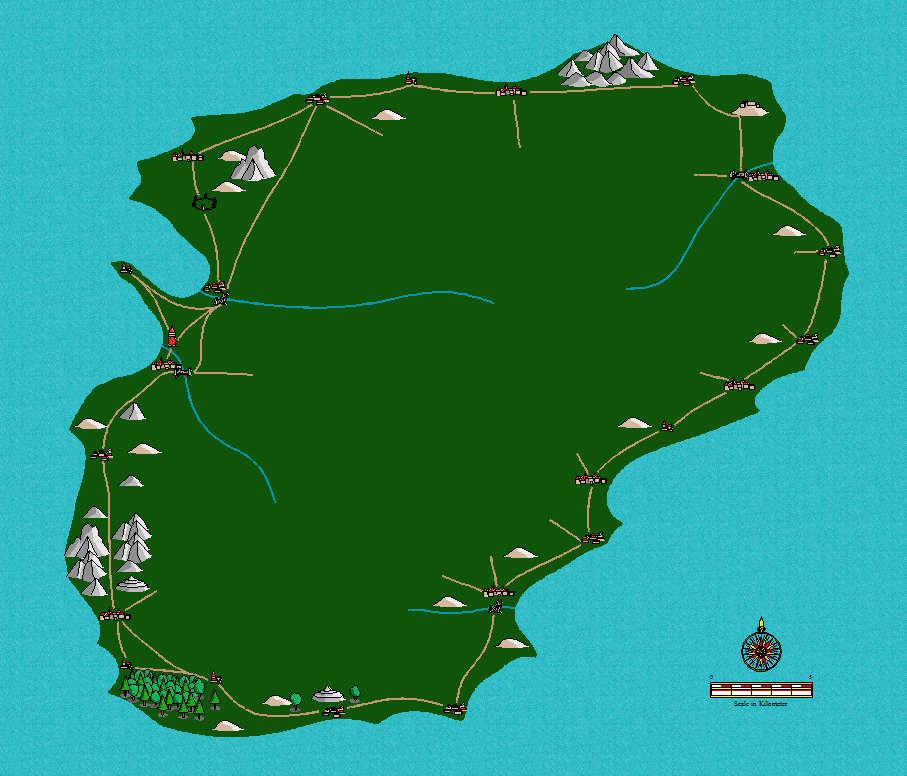 Generally we only know the various Cities, Towns, Settlements and Hamlets at Mumuarkis shores. T’Aurs, Kobold and Faun locations are not at the coasts. So we don’t know where they are at, but they are there and members of their Races cn be met in the costal locations of the other Races on Mumuarki.

The only Drakk Alfar location visible from the coast is the North-east small Town of Utrakkúr Dol carved into the small stumped mountain Knoll Dol. its reachable directly from a small stone harbour carved into the rocks at the shore and a 1,5 kilometer long stone road.

The only Moss'Ari location is the South-west forest edge and bog Town of de Fjeldara accessible both from the coast where several steep paths leads up and from the nearby City and Hamlets.

At Mumuarkis Southern shores lies the Arisen Hamlet of Phar Altharza, the only known Arisen location at Mumuarki. This can be reached from the sea as well as roads of the Isle.

The rest of the locations are a mixture of Markian, Common and Half-Human majorities as well as previously mentioned minorities.

They have reformed most of their old Clan structure and the few which are as good as extinct, have taken roles of Scholary, Magic, or as Monster Hunters.

Thus do both strong and almost wiped out Clans and various Guilds have seats in their inner counsil. In which they elect a leader every 7th year, at a rather spectacular gathering I’ve been so lucky as to witness alongside Skjald Ulrich 5 years ago.

They have a strong militia capable of fending off and killing most invaders and can muster a large exceptionally well equipped army in but a few days in case they want to settle some score or come to aid their friends.

Don’t just travel there without purpose and hope for hospitality of The Realm, its T’Aurs land.