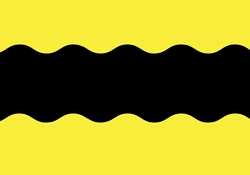 “It had been a troubled Country for hundreds of years when a new force appeared, and within his own lifetime Lionel managed to create a force equalling rusty Kings and mighty Hordes. But when The Great Invasion came it all crumbled again. Now the land rebuilds anew.” 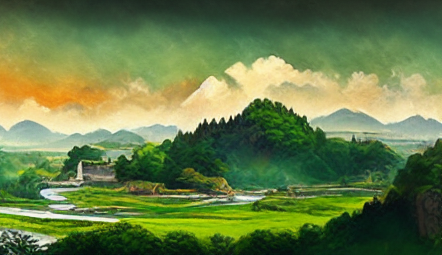 Originally inhabited by the Archaic and someother Races. Then came the Wanderer Tribes and at some point Common folks slowly gained the upper hand. 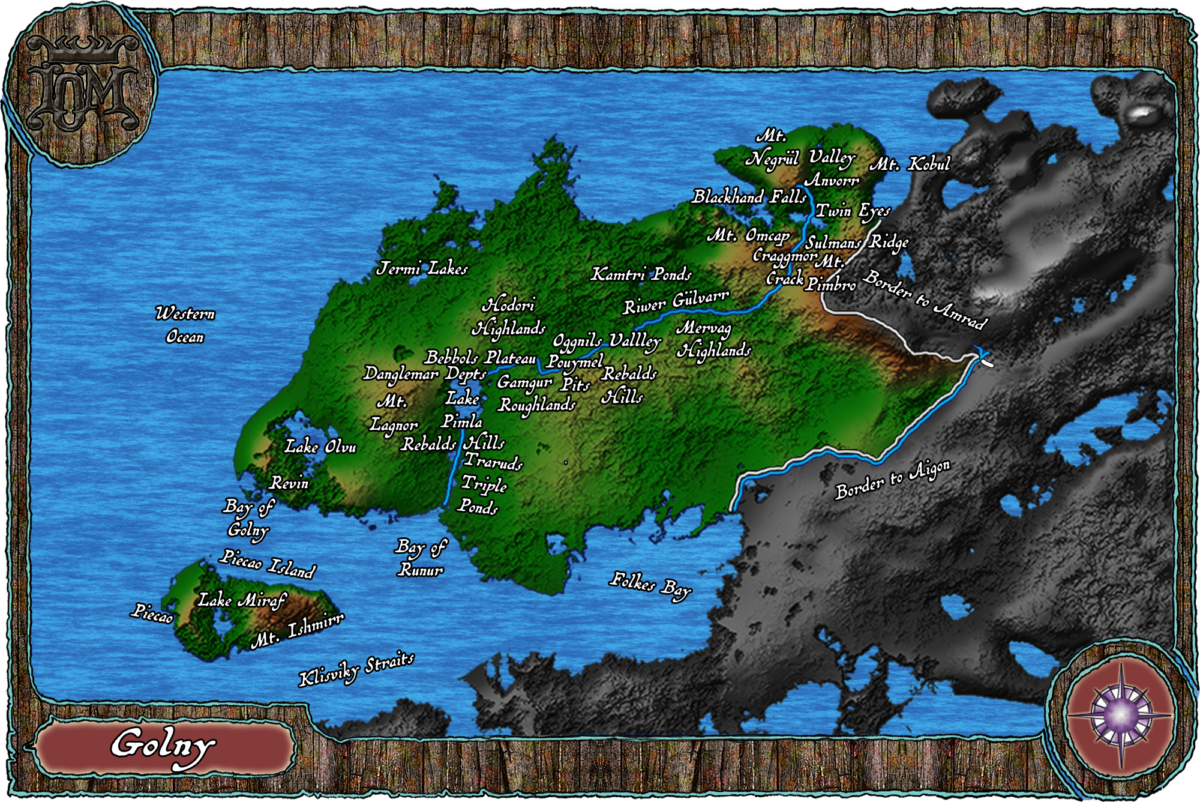 Located as the most Western Country of the Isle, where people could see but the vast waters as far as the horizon and down south the the distant shores. Southwards theres mountain contours of what is now known as The Rim.  At its Eastern side theres steep roughlands and mountains. Out in its gargantuan bay lies the Island of Piecao.

A Stretching half the length of Dalip its a land heavily based on farming, fishing, mining, and trade.

In Golny the great river Gülvarr is the mightiest water source, yet it has offspring in what some consider Old Amrad. At the western side of Valley Anvorr high up Mt. Negrül it bubles forth and soon break downwards as the Blackhand Falls. Pouring out into the valley it creates the Twin Eyes, two deep lakes and then runs towards Sulmans Ridge. Cutting thin and deep between  Mt. Omcap and Mt. Pimbro through Craggmor Crack.

Toppling violently downwards it runs out into Mervag Roughlands and when it hits Mervag Highlands it bends in through Oggnils Vallley. Slowly floating by Rebalds Hills. Reaching Poymel Pits it takes a sharp twist northward as Gamgur Roughlands blocks its passing and Bebbols Plateau gently offers itself as path for the continued flow.

From there it falls down the Danglemar Depts and forms Lake Pimla, from where it runs into Rebalds Hills trough underground tunnels. Finalizing a long proud journey, Güllvar creates Traruds Triple Ponds and then runs out the Bay of Runur.

Currently the Country is in turmoil as all the Kings are struggling for power.

The most special about this Country is that it has allowed Lionel to create Island of Piecao.