“It is as if water is the source to everything in our world, and where we tend to gather.”

Rivers of streaming water is first mentioned in the Eskecalda saga, where a God follows a Mana leak into The Void. Floating in the direction of the leaks lingering point, it suddenly encountered an area of solid mattter and some odd liquid matter floating along its edge. 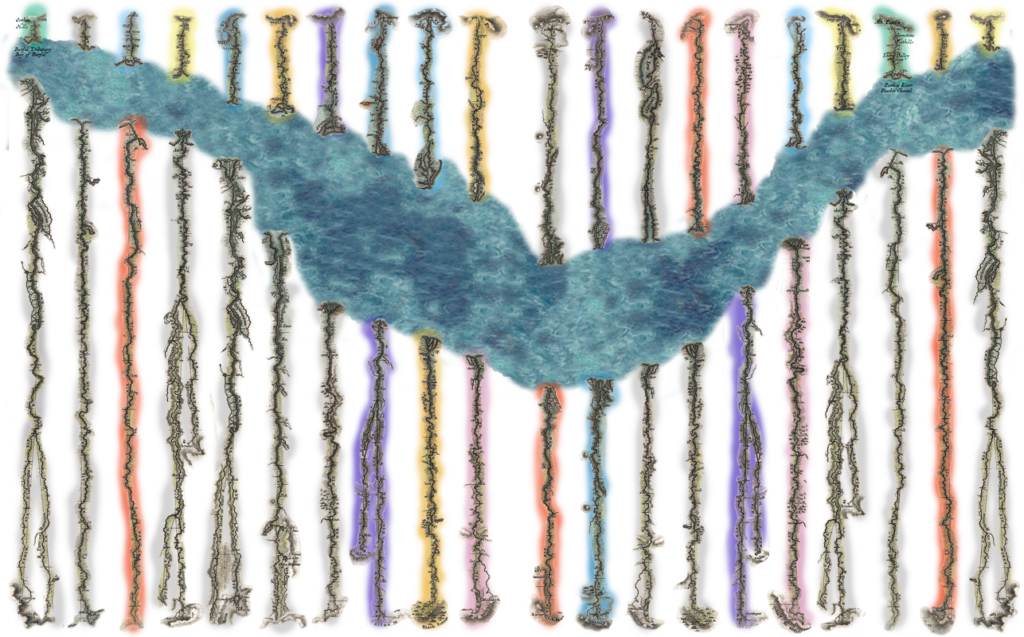 Any river has a offspring, in fact one could argue that its merely streams, creeks and similar small ones that has it. Rivers instead can be argued to have sources, as they normally are extremely wide and long, some stretching hundreds of kilometres.

As rivers run they are often fed by numerous sources and becomes quite powerful, able to flush valleys abd cut mountains. At places their width and depth makes them seem slow and gentle in their passing. But in arrow and shallow passages they become fast, noisy, and turbulent. Bringing death and destruction to anything and anyone attempting transport.

The fluid fangs of fish and beast…

They aid, cut, and shape our World

We have alongside with the Cartographers made maps of is considered the 40 major rivers. But theres still old shores being visited to ensure accuracy and some are redrawn as errors and changes discovered and as the great library of Grimsborg burned we are redoing work on all 16 major rivers of Midgard.

As rivers consist of water, they are seemingly able to cut Essence magic off.