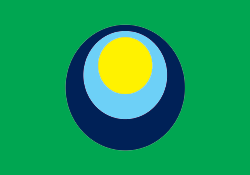 “Cradle of the fiercest, most self-diciplined and loyal of all Human tribes, it has spawned hundreds of nests swarming and swirling through time.” 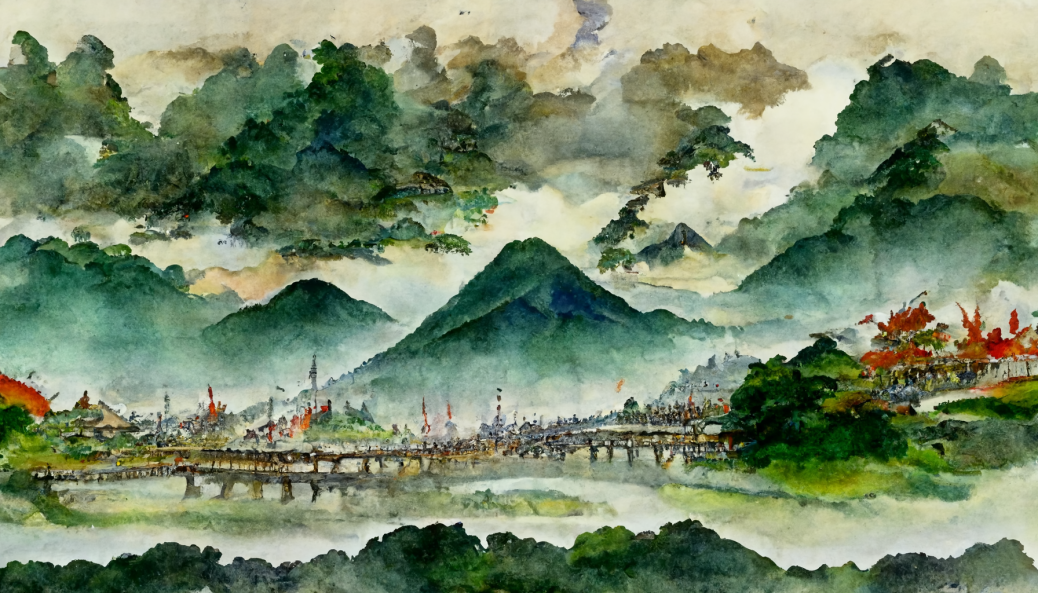 Long before the time of Hordes they began urbanizing and fortifying their strongholds, becoming as wasp cubes of gartantuan size. They grew to such size and populations so large that the ruling families had to expand local leadership. Thus came the 'Zan Houses to be, allowing for continued growth. But it also created a gap in society, making lowborn nothing but a resource and an elite withouth restrictions.

The codex was utter loyality all the way to the topmost person and rebellion had only one consequence -death. Not only for the rebel but also their family, relatives and at times whole tribes. There was but one exception when going against ones leader and that was winning, and elimination the former ruler. Not like in 1204 SA when the Quasaki ‘Zan House King tried to owerthrow their Emperor. But like in 1226-7, when a corrupt Prince was killed by Kazumix. Which led to an investigation and eventually a large revolt, ending with the beheading of the Emperor and a large portion of the corrupt Court.

With established Nobility houses long before the Hordes came to be, Hordes didn’t gain control over Naldar. Many Hordes have though dealt with several ‘Zan Houses at once, which is a delicate balance. At times a wrong word, miscounted payment or delayed goods has resulted in shiploads of corpses and coffins of Silver and Gold changing hands. 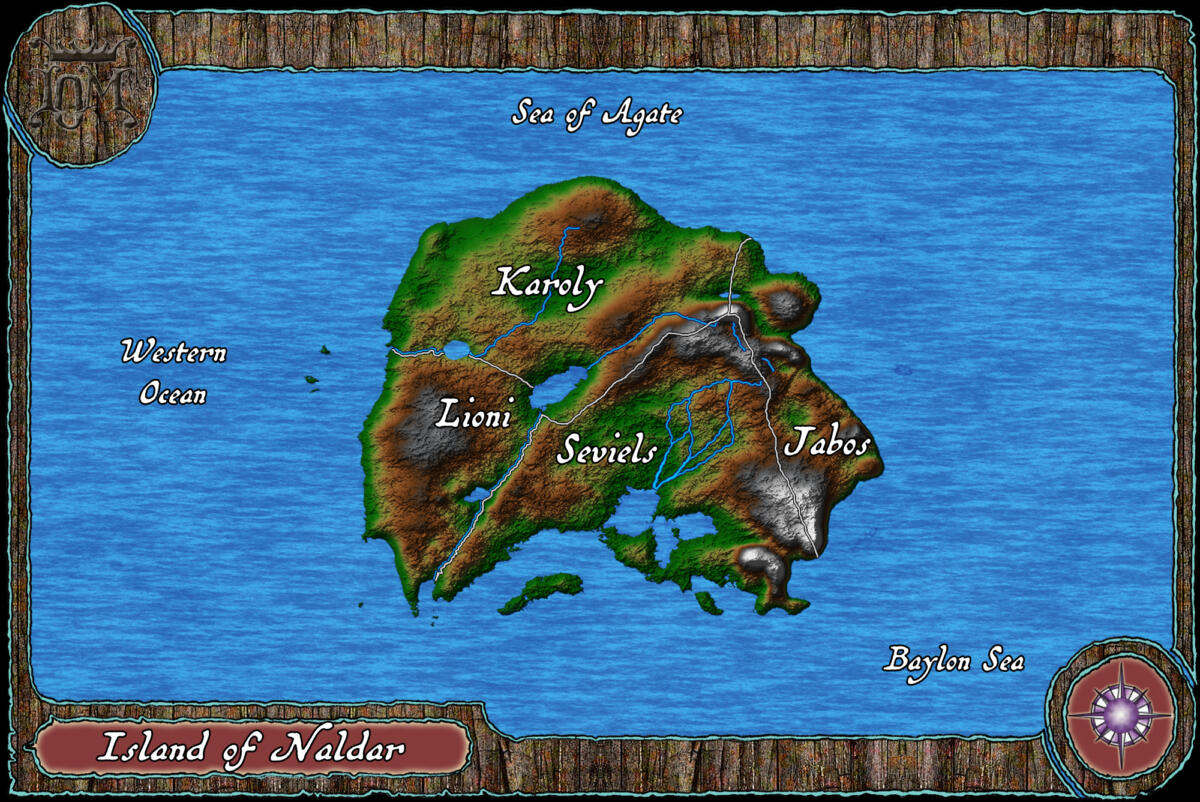 Located as the middle-eastern Isle of the Realm, with Lioni the country reaching the farthest east.

Wildlife specials are the meat of Bambuk Deer and Red Tuuna.

Island of Naldar are the home of three of the greatest rivers in the Realm.

Bubbling forth at the peak of Mt. Morrup River Brakkars waters rushes down the south western side where it turns southward as it reaches the Ungoll Foothills, forcing it to zig-zag down into Merrilan Highlands where it runs north-eastward into Lake Rougsoe. The lake feeds the Friona Falls and as the waters plummets down into Cromnuls Crevasses it runs through the Red Shorelands until it reaches the Shore of Aktum.

Lionis Line is a river originating at Ventads Peaks between Jabos and Seviels. From there it runs southwest through Mabgyls Valley, eventually cutting itself through the Quankil Twins. There is gushes out into Lake Stabrand, 870 meters below, giving a fantastic display of colours in the mists created. The lake spills down Evermore Ridges in hard turbulent streams and slight falls until it reaches the deep Ar Pendur Pond. From here the river takes one last run through Kams Lowlands and around Birrs Bend just before it turns into a zig-zagging rush down The Trambadol Shelfs and finally pours out into Kimlops Bay.

So close to be but a short river and a splendid waterfall, River Rumlestein springs from Ventads Peaks south side into Progtu Plateau from which it cuts thinly down the bones of Mt. Zatbul. From these cracks it once again surfaces and tumbles down the Asbalder Valley untill it hits it odd destiny, the Crevasse of Thürm und Kagzi. Which hijacks the waters leading them southwards into Lombark Highlands, from where it has chewed it way through Hewtols Heights and streams down Memdur Highlands before reaching central Seviels best farmland, The Ungil. Here it floats gently towards Butterfly Lakes serving as irrigation and transportation towards the sea. As, some counts the lake as part of the river, it should be mentioned that it spills out into the Bay of Seviels

They have one ruling family, from which the Emperor is chosen. Below that, they have a myriad of Clan Kings from all the ‘Zan Houses forming  their Court.

These ‘Zan House Kings all reside in the warcounsil and are appointed to lead armies when needed. As the spoils of warfare goes partly to the Emperor and partly to the Generals ‘Zan House, theres quite a lot of competing about who has the Emperors eye.

These are the main fractions of the Court and what major ‘Zan House that is affiliated with it.