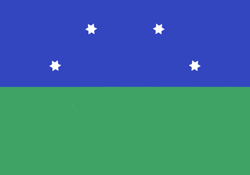 “Most northern of the Isles its where the strongest of Magic Paths can unfold in all the World.” 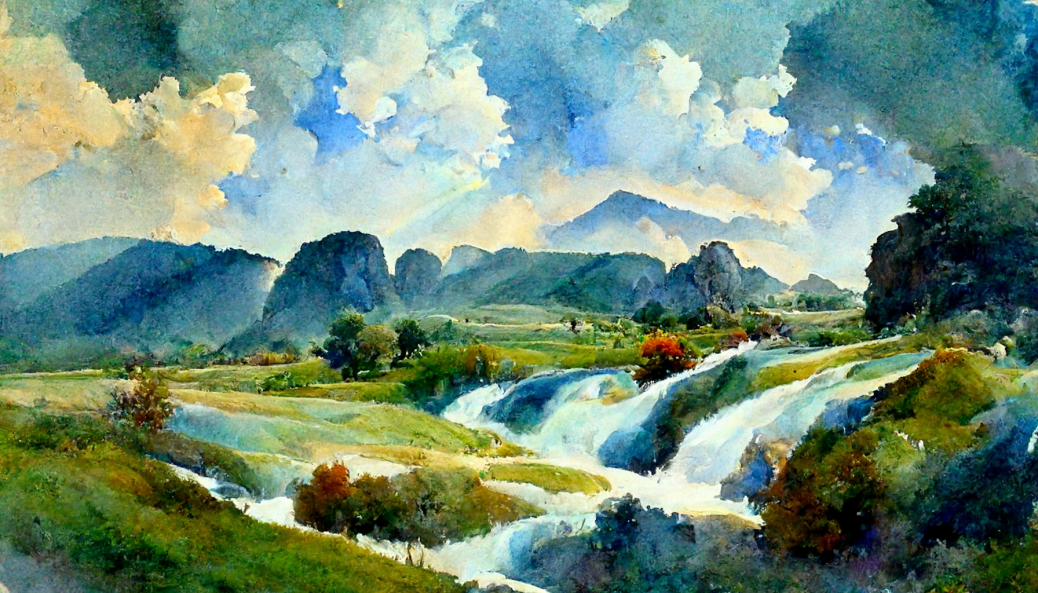 We have realized it is amongst the places with the longest tradition for Mana Manipulation . As the texts of old mention it as far back as the Dark Ages. 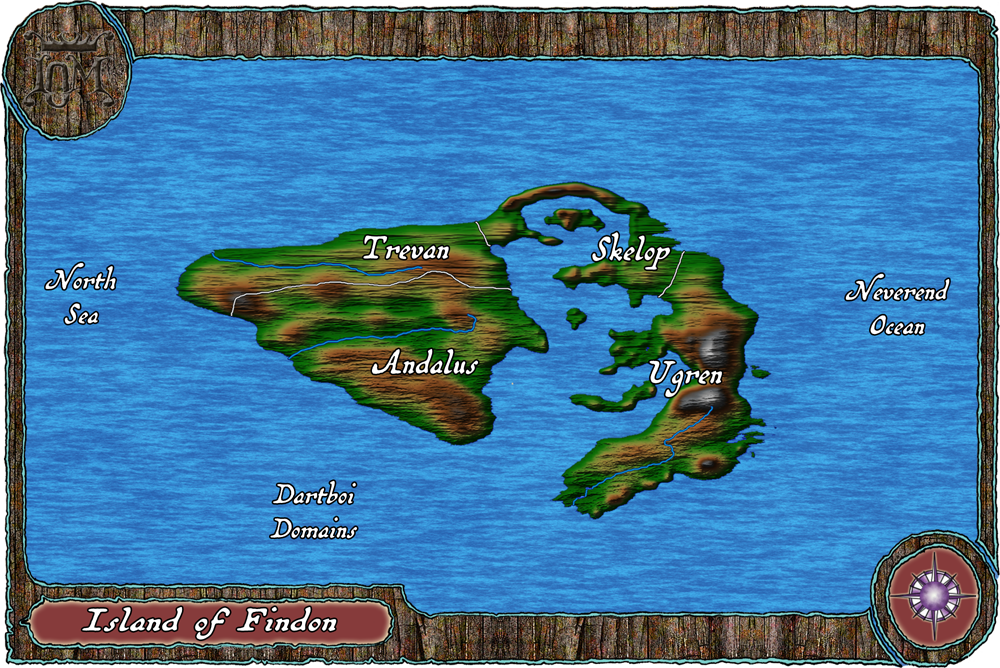 The north-eastern Isle of the Realm, with the country Skelop reaching most northly in our world. It’s dry mountains has some rather interesting Minerals,  Flora and Fauna, and its hot waters has som valued treasures as well.

It also has a place very special to scholars and that is the Academy of Ri located in the Bay of Skelop. Built close to an Earthnode where excavators discovered the most northern placed teleport site found so far in the known world.

One wildlife special are the feathers of the Rozamer Eagle.

Island of Findon are the home of three of the Great Rivers in The Realm.

In Trevan, originating at Morroto's Pass Meltano Rill streams down through the Feldspar Fields and Bondo's Lowlands out into the North Sea.

In Andalus, originating high up at Treptor's Top. Manhover Creek runs down the Red Foothills and Dunes of Drogtor, with it’s final third part going through the Barren Valley out into the Dartboia Domain.

Although they did so reluctanly all four Kings and Queens swore aligience to the High King and as such was part of The Realm. But during The Great Invasion they became detached and gained no support from Midgard or the other Isles. So they broke ties officially and declined to join the Cleansing Crusade, focusing solely on cleaning their own Isle.

Since then the 2 Kings and 2 Queens have ruled their own Countries and meet once every 6 months to discuss Findon matters. A hot topic at these are the continued support of the Mana Manipulator population coming in and out of the Academy, and the uphold cost of the Findon Fleet.

Mana Manipulators needs to be extra careful when setting the Mana Sea in motion as the energies here runs so strong that one can easily be sucked into ones own manipulation and end up as swirling energies adding to the event.

It was not hard to tell she came from down south close to The Rim, that pale whiteish pink skin, freckles, big reddish hair, plumb cheeks and bragging loud voice. It was hard to tell if it was a nasty insult, failed flirt or cunning plotting. But, at some point late that evening, she became infuriated and said something really nasty to a Bard. Who returned it with a fling of fingers and a small gust of manipulated force, resulting in her spilling her ale onto her breasts and laughter erupting across the tables. As she jumped up uttering a curse and unsheating her curved hand-and-half blade she Channeled force into her sweep. Se felt a sudden surge of power, rage, fury, energy and despair -a despair matched by the eyes of the Bard as he could feel the Manipulation reaching for him. Her blade swept through the room ripping her arm clean off and went straight through the Bard and out through the wall. The rest of her became an odd swirling mist of clothes and flesh that merged with the target and they whirled out through the hole as well. Some of the guests ran outside and claim the merged couple at first attacked them in a insane rage, then sobbed and fled into the wilderness.