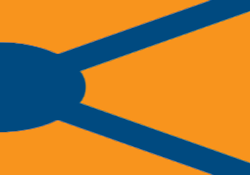 “Famous for its Bereliam ore, used to craft strong light weighted weapons, armour and mechanics since dawn of time.”

Legend says that one of the Gods stepped out of heaven, we assume its the Astral, and Bereliam was formed in its Mana soaked footsteps across the Greymist Mountains. It wouldn’t surprise me as the ores runs really deep and most often begins at the surface. And its a rare find, if the ore is not located in a terrain kettle. 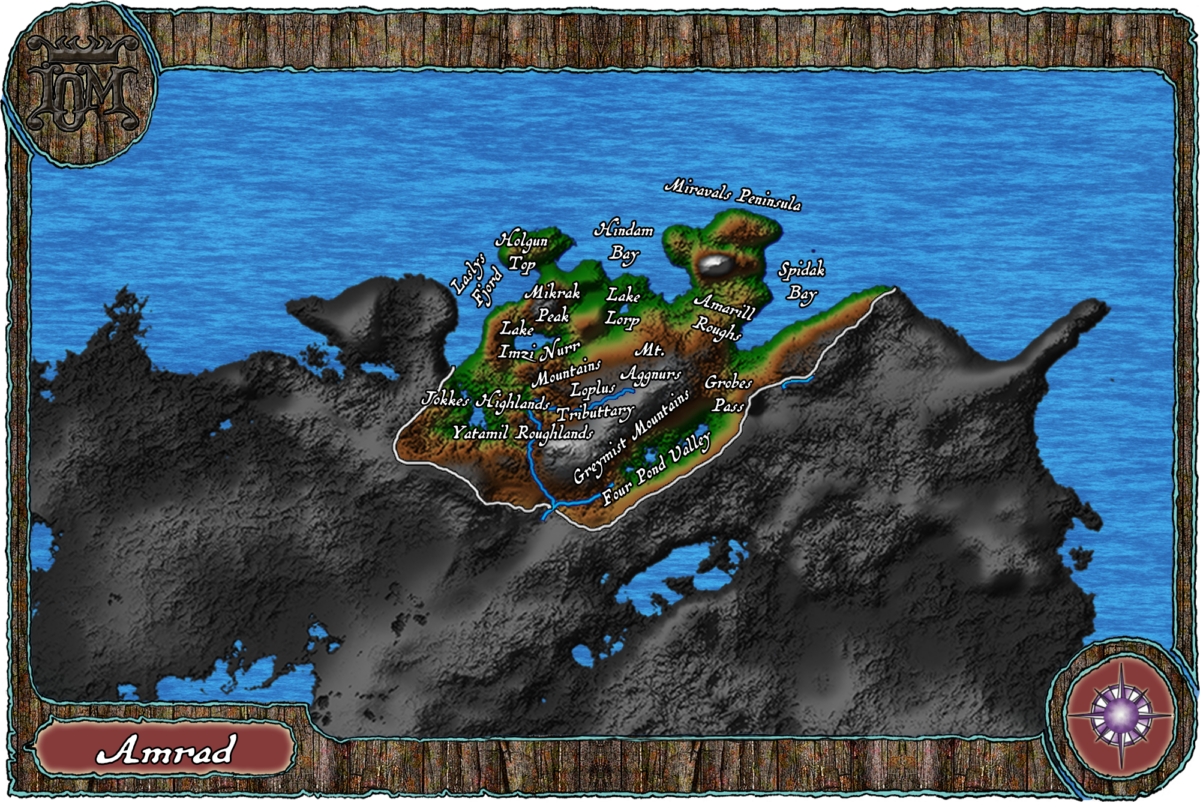 In Amrad, Loplus Tributary springs from Mt. Aggnurs west side. High up the Nurr Mountains, it runs, falls, plummet, at drops violently westward untill it reaches Jokke's Highlands. There it becomes a broader, yet still deep, river zig-zagging down Ytamil Roughlands flows down below Duru and as such out into Agion through the Valley of Horrowak. Reaching the valley end it cuts southward and runs through the Wertimo Plains where its further strengthened by waters from Lake Gaxerr, making it a broad and deep strong current ploughing through the rough hills into Lake Mürr and then Lake Wöti. From which the waters take one last flow out into Folkes Bay.

The high ragged mountains became the Country borders and with passes successly defended through time. They retained self government and independency from the far larger and more populative neighbours. Of course it helped having scattered tribes of Kobold, T'Aurs, Drakk Alfar and Ljost Alfar all over the Graymist Mountains.

Through time the Other races diminished and they retracted to hard reached areas. So interaction became rare to non existant and Human Tribes now are considered defacto rulers of the land.

Through times they gave been sworn to Hordes of various renown and even wore the High King colours of The Realm for its duration. But are now back to tribal ruling and warfare. The only good thing is that every Invader in their area is dead and traitors enslaved. The dark side is that rumor has it that some of those traitors supporting The Great Invasion are living there -some even in great luxury.

Bereliam ore is the upside… murderous dark minded the flipside…