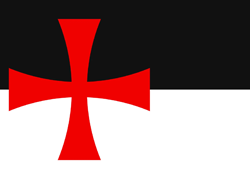 “Once a Country twice its size and the first visitors from south of The Rim met when sailing through the now sealed Maiboole's Strait. Making it rich in goods and culture.” 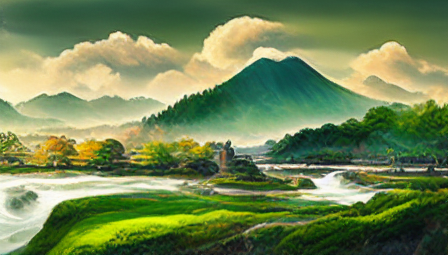 Its said that in the dawn of time Bowei was a prosperous land, stretching almost to Etain, Scia and Ogland and south of it where a opening to the southern half of the planet. Which made Bowei a place of large cultural interaction and a heaven regarding trade goods. But in the Vular War that started in 3646 F.A. the Country broke in half and the eastern part slided into the sea. It also closed Maiboole’s Strait thus ending all interaction with those south of The Rim and shut down functionality of Teleport Sites.

With half the Country gone and the following turmoil many strong Tribes came to control various parts and much warring and raiding took place in the centuries that followed. But around  790 SA the strong tribes began to consume the weak and form Hordes. Despite that these brutally swallowed neighbours they also began to protect their own populations and slowly a more peaceful world began to form. Of course there still where the occasional raid and war, but more and more issues where settled at meetings where several Nobility from each Horde or Country contributed with opinions and thoughts.

This ‘age of Hordes’ evolved into The Realm covering all 9 Isles and the election of a High King residing in central Midgard at a newbuilt capitol called Grimsborg. To this Realm and King the various families, tribes and Hordes of Bowie swore their service. So once again the lands grew in wealth but it was all abruptly ruined when The Great Invasion hit their lands hard. So now they are thrown back into chaos and disorder, with not even the old Hordes to protect them. 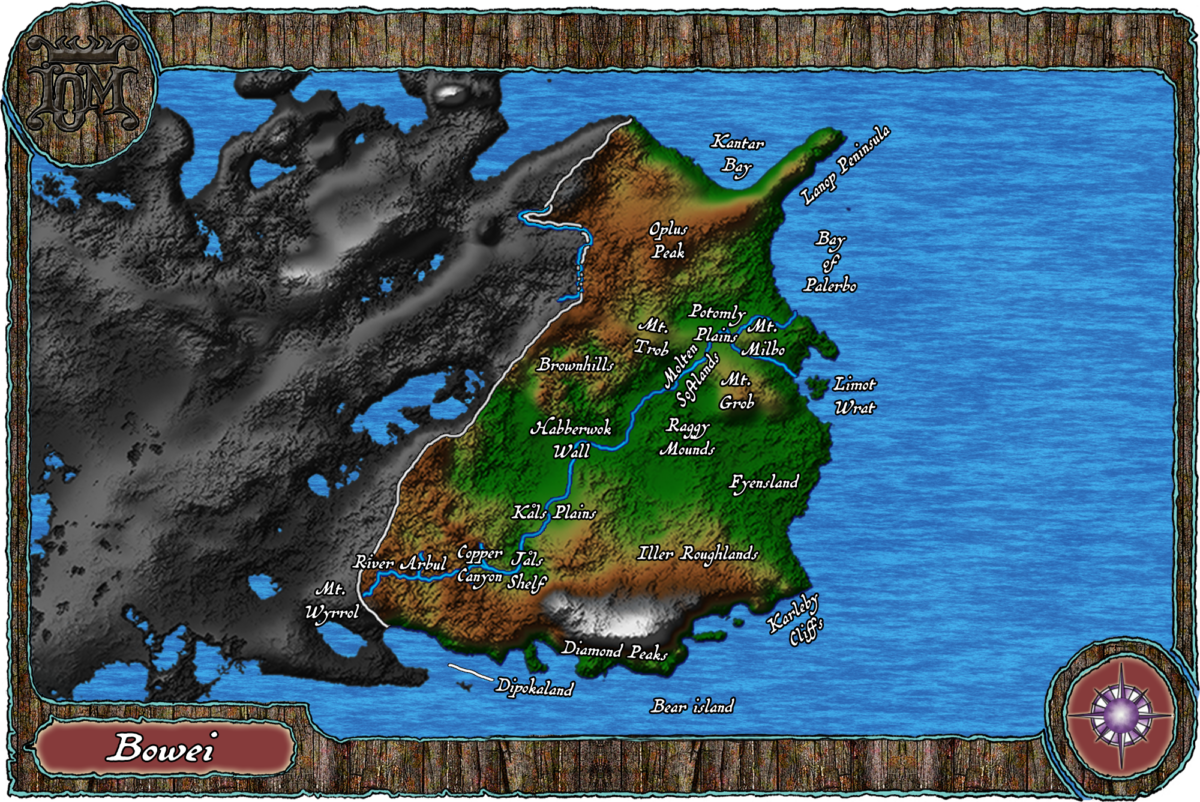 In Bowei, high up the southern Mt. Wyrrol, River Arbul bubbles forth and quickly gains strength as several other small streams falls along and when it reaches Copper Canyon, its quite brutal and cuts sharply through Jåls Shelf. From there, it slows down and broaden as it flows out into Kåls Plains and goes northward untill the Habberwok Wall forces it to bend towards the Sea. But the Molten Softlands where seemingly an easier path then the Raggy Mounds so it has carved it path further northward. Up in-between Mt. Trob and Mt. Grob as a deep narrow river it broadens as it reaches Potomly Plains where it splits around Mt. Milbo. One part running northwest out the sea and the other going west and spills out into Bay of Palerbo.

Bowie are at the moment split into so many parts and such a dangerous place to travel that we have no clear picture of what goes on there.

Thrown into utter chaos and its extremely dangerous to travel there, as people tend to off every visitor that comes by.