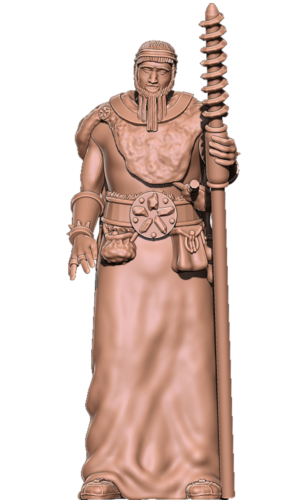 “A common man… did what only few can… rose above the rest… cleansed away every pest… any Invaders guest… and whoever he saw fit!”. 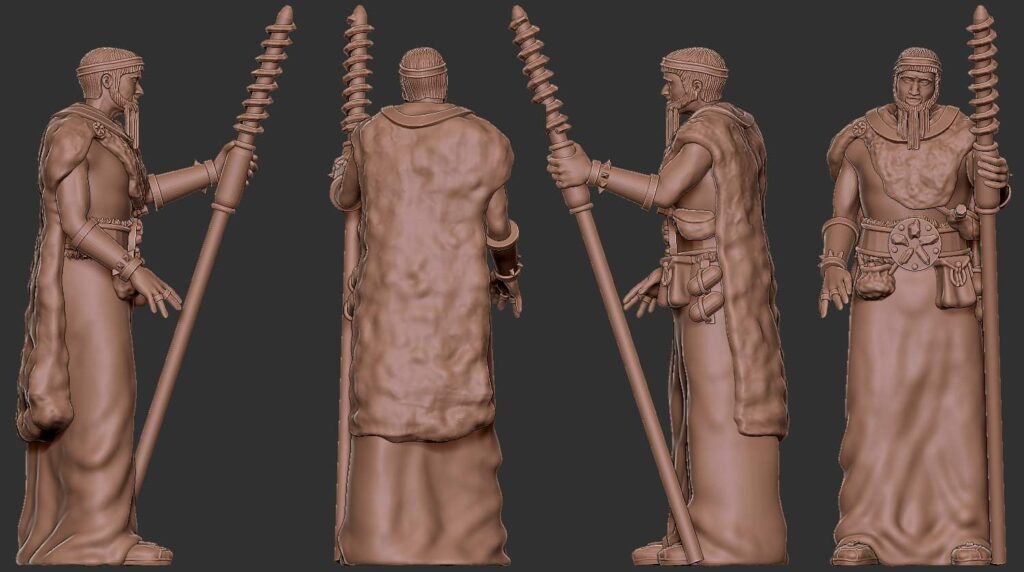 Born in Port Alburt the only child of a couple who owned The Rearing Mule inn down the docks. His Ortagui father also did the bounching and the Clovincaz mother the accounting. He grew up serving drunkards, vision-less workers, whores, thief’s and other rag tags meanwhile hearing secrets which should never been told. Which spawned a disgust in him, and although he did enjoy what the plate had to offer, he slowly turned his back to the temptations of mankind.

At the age of 7 he began realizing the value of being able to read, as he often gained a peek at what guests thought him ignorant of. Slowly he studied, spending spare time with elder kids caring to teach the young eager and to their surprise, quite bright and skilled lad. The surprise becoming bigger when he declined offers to become a scholar. He wanted no ties and mind bogging Teachers, yet the age of 13 he was fluent in Realmish and even had picked up some of the Tatongol and Vularian, as well as a few phrases of Moss'Ari.

He succeded in urging his parents into upping the quality of food, ale, wine and furniture. So that they could get wealthier, more coin-spending customers. At the age of 16 he persuaded them into buying the next door warehouse, which they rebuilt to part storage, part lodgings. Thus The rearing Mule became a favorite place for travelers about to sail or ride off, spending many a coin and spreading many a map and document.

As customers began asking for steed shelter while they was away, or mounts and packing going inland. He at the age of 18 he bought a farm outside town and convinced his parents to retire there. Only work would then, at their growing age, be handing out or receiving steeds and mules. As they agreed, he hired some local lads and gals to do all but serving and his skills and knowledge kept growing.

In 1199, at the time he became 30 he had bought 2 more neighbor houses and expanded further. One was more housing and pleasure for the guests. The other was a courier service to and from the farm, but also packets and documents for various clients. Slowly he worked upwards through more and more careless and coin-spending customers. But it was beginning to bore him merely serving others, so he began sending others to fetch and bring . Concentrating solely on being at the center of the flow, meanwhile he kept studying language and lore.

This, is what we believe led him to travel all the way to the town of Eamulda at Mt. Cobvi in 1212, to meet Cronos. Who is said to have made Regarir a pair of glasses at Mt. Vula

When he returned in the autumn, he handed a couple of his trusted workers the reins to his business, and left the inn the next day. He went straight to Orwoll's Observatory in Obran and studied there for the next 2 years. Then in 1215, he left during the summer, and when he came back its said he read their entire library in but 3 years. So, in 1218 he bade them farewell and left to Snaw as he wanted to see his home.

Returning, to his surprise, the ones holding the reins had done so successfully. They had bought several other inns, houses, shops, and even a small uninhabited village uphill. They had no clue what to use it for yet, but they knew from studying him back then. That land was a good thing to invest in. Quite impressed he decided to not interfere with daily running, but instead dived into what the village could be used for.

After inspecting it he spent a couple of nights at the tables of The Rearing Mule and at some point he mentioned to a comrade, that it could be turned into a place where the holy people that passed by could rest, like that Mukadall Monastery he had seen. Hearing that name, an old man at the nearby table said, “I know many a tale about that gargantuan haunt-house…“. Regarir moved to his table and within a wee, they both had moved up into the village, working to make it a pilgrim and holy mans shelter.

Impressed by the youngsters vast knowledge of Markeoy the old man told countless tales of unwritten lore and legends. Its believed Regarir wrote down every single word. When not telling or writing, they restored the village. Slowly the population grew, as it was mostly people affiliated with the divine or administration who passed by or stopped to reside. The village became a self supplying holy place, with the only problem that it had too little land surrounding it. At times Regarir began leaving to seek for opportunities to buy more, but the local Jarl had figured they needed land and had begun considering their presence, so countryside prices skyrocketed. But, in 1223 everything changed.

In the summer of 1223 they both sat at the Filled Bucket, the villages only as-such inn. It was from here house renting or sponsoring was managed, and it was here Dogil walked in and was somewhat taken aback by the raw untamed Aura of Regarir. Gaining his feet he approached and asked if the old man was Minuriol of Bendol, in Braburg. Former scribe of Orwoll’s Observatory. Both told me that blinking in surprise, the old man replied a yes, meanwhile both Regarir and Dogil was ready for the other to unleash Magic. Regarir told me he had this odd unknown feeling and readyness, yet didn’t know what it meant. Dogil on the other hand told me he did not destroy Regarir, as he could see no alignment forming itself nor illumination change -merely a extremely strong swirling Aura Colour.

As the words echoed out, the tense situation relaxing itself and Dogil sat down. Then asked about Muckadall Monestary, and from there things moved swiftly. And in 1223 they stood outside the gates, watching crops being sowed accompanied by hammering and sawing from the monastery.

They spend the next 10 years laying the foundation for one of their boldest moves. Due his knowledge of land owning value and the vision of Dogil they did in 1233 claim all of the peninsula as theirs. The rulers of Obran and Braburg infuriated prepared for war and burning down their monastery. But, with the right allies, deeds of ownership in order, they called upon ‘the law of hordes’. And it was surprisingly enough, granted them. So they snapped half a peninsula from each Country and became impressively wealthy -and powerful.

Immediately they began setting up missions around The Realm, I bet it was both to spread their wings but also to be able to gather news from every corner of the known world. Some place outright declined their presence, like in 1236 on Island of Piecao where Lionel told them to stay off his island. Others like East Fjella only accepted them due to extremely bold and smart scheming on behalf of the Holy Order. Like in 1251 when they came back for a meeting with Lionel, they kept mouths shut regarding the Naldar. Who now lived in a mini-fortress built up behind the city and into the mountainside. There surely was something special about this lot, as they acted somewhat arrogant but was still treated with respect. The leader of the household had also fathered a son since their last visit, and the lad seemed around 12 or so and shown utmost respect. After the meeting they traveled off and later that year they ambushed Attilla, borrowing his armbands showing the location of Meanbone's Hearth deep within the Junnatu Caves. A move so risky, that even Meanbone appreciated the move.

It was during this event that they decided to add first Gizmo and then Bergon into the inner circle of Holy Star Order. Gizmo though, ended up having a break from serving the order, as he for a while served the High King.

They nodded, bowed and smiled… at both friends and exiled…

The High King thinking them a pillar…. not a stake… yet never fake…

They spread their wings… as children sings… garrotes for slings…

Their final tribute in human prison… was true to founders vision…

And with their blood… they praised their god…

Many of their ranks died throwing themselves at the forces of The Great Invasion as their monastery was one of the main targets. Eventually they had to retreat to the shore as enemies kept pouring at them and even their mightiest ran out of Mana or Stamina. There at the Bründermal Shore they thought Murf finally calling their names.

When suddenly Astral flares appeared among the fighting, and out from a Earthnode created by Dogil on the fly, using the nearby flickering Spirit remains. T'Aurs poured roaring with rage out from what seemed a rainbow bridge. This unexpected appearance of mighty allies was what I assume saved the collapsing Dogil and the remaibs of the order. Its said that people saw Mino amongst the commanders of that relieving force. But afterwards they couldn’t find him dead or alive and asked about him, the T’Aurs merely grinned slyly.

Now, Regarir is seen both alongside the old relic Black Oak, who was reinstated as High King to lead the Cleansing Crusade. And walking the roads with others of the Holy Star Order, or alone crossing the wilderness with great haste.

Can channel extreme amounts of Mana into nearby  Magic Paths users.