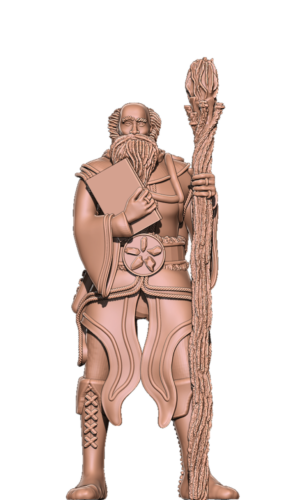 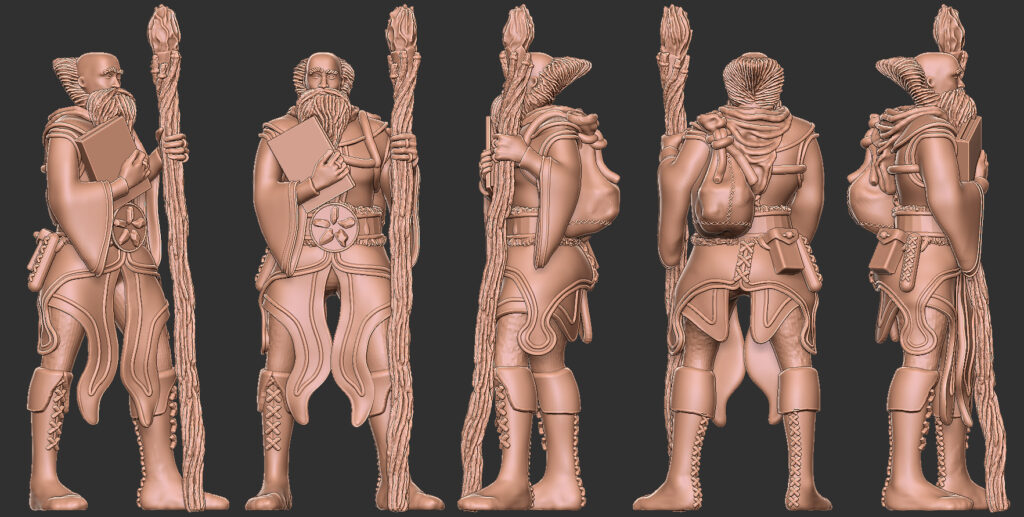 Eldest son of a Vular father and Jomzaar mother Dogil is considered of the Realmar kind. Both parents Scholars in the royal administration of Skelop, so he grew up with access to the royal libraries and even unlimited access to the Academy of Ri from when he was but a kid.

This spawned, what was first thought a natural interest in, but later it showed -a natural talent for, Magic. Such was his potential, that in 1155 some unknown assassination group tried to kill him by poison when he was 8 years old. But his inertial energies and resistance disregarded whatever poison, and all he wore for a week or so was the two small needle marks at his neck. I think us lucky hes such a tough one and survived to aid with the Aquerian ‘rippers’, the rare glass ingots that could paralyze the foe so they could be killed.

Regardless, after the assassination attempt Dogil was secluded from other kids and kept in a safer environment focusing solely at his studies. He went through books, parchments, scrolls and whatever could be poured at his desk in no time compared to other students. 12 years old he was about to be classified as a ‘Learner’, when one day a beast came running towards the students. Some panicked and others fled shrieking but Dogil merely cast the most potent spell he had read about, not knowing it normally required all the energy of a fully developed mature carcass. So, he let loose and the beast vaporized and the nearest handful of students collapsed from his drain of their energies.

It been said by several of the Scholars that they at first thought him to be of the ‘Outburst’ branch, but as it was not his own but others energy they still debate if he is in fact unique or merely a ‘Channeling’ or ‘Leeching’ branch that should have it own norms and agenda. But such things take time, and prior the invasion the Mages had not decided.

From that day he received special attention and training and was brought along many a delegation. Most likely it was what gave him a taste of state matters and insight in how to run things at a larger scale. Magic came naturally to him so his focus of learning became in how to administer and run things. Maybe its this interference in learning proper casting skills and correct transformation, along his ability to ignore if enough energy is present. That at times result in excess Mana manifesting itself as an Magic Shard around his casting locations, at the expense of the prior state of whatever he manipulated.

Some even claim that he is purposely doing this is a continued study of how to successfully peel off Mana and manifest it in whatever types of Magic Shards can come out of it. I’m not quite sure the Mages like this but who’s to tell with the The Great Invasion going on.

In 1173, as a full grown and ranked Mage, he for the first time saw the Kinoblin as they came ashore in Skelop and studied the Earth Node. He was part of a delegation overseeing these foreigners examining the Teleport Site, and he told me, seemingly the only one that sensed these Kinoblin made a bond with the site -and very faintly activated it as to send a signal out at the Astral. It was this incident that sparked his interest for the Romasai and in making a military order that could one day protect old ignorant’s from unknown and unseen dangers.

So he began studying the words and actions of those he met when part of delegations to foreign powers and notable personalities. And slowly, as he discarded hundreds of powerful but unfitting persons, he found a few he thought could be a good founding circle.

At a trip to Braburg in 1220 to visit the T'Aurs at their island in the Bay of Braburg. He noticed a old monastery partly in the foothills of Mt. Iznog, party in ruins it seemed. And subtle inquiries about it an their stay as well as later when they resided at Port Skipol where Lake Litham mounds out into Rabuns Fjord.

The monastery was a ancient one, previously dedicated to Ostrim but the had once been struck by plague, and the site was claimed to be haunted by restless Fylgia and Spirits.

Dogil left the delegation when they headed home as he wanted travel to Obran to study at Orwoll's Observatory. He stayed there until spring 1222, when he seemingly had gained the information he needed. And then left for Snaw where an old Braburg Scribe with specific knowledge was said to have retired to.

Arriving in Port Alburt in Snaw. He asked around, and heard that such a elderly man might in fact be the one uphill at a small, rather religious village. There he met not only the old court Scribe, but also a 53 year old Cleric that had an untamed Aura so strong, that -he told me once -he was tempted to see how much crystallized Magic Shards could come out of that Mana. But, joke aside, that was Regarir, the to be religious leader of the Holy Star Order Dogil has on several occasions told me he thinks it fate that brought things together -or the doings of the Gods.

Regarir was writing the story of the old Scribe as there was very little religious work to do in the village. As he seemed close to the old man, Dogil presented his question for them both to hear. After a while where the old one seemingly dug deep into memory, he agreed.

The large peninsula at the end of the mountains parting Braburg and Obran belonged to neither Country. Nor to the T'Aurs and could actually, if one owned the Mukadall Monastery. According to laws of the old Hordes one simply had to but that… and one could actually claim all the peninsula all the way up to Lake Litham.

“I have that deed, will you two join me to make Mukadall Monastery great again?”, Dogil asked.

As we know, they agreed and packed for the travel of their life. First stop was a villa near Orwoll’s Observatory where Dogil had a hired Hird waiting.

The Hird was a clever move by Dogil, as their presence prohibited fools in doing rash things, that could have had fatal outcomes. First they presented the local authorities with the deed then in the autumn of 1222 they moved into the monastery. Then both Dogil and Regarirs friends, followers and hired hands began to arrive in greater number. It was a daunting project but they both knew it had to be done, Dogil from his experience Regarir from the talks and research.

In the spring of 1223 Mukadall Monastery once again saw crops being sown and livestock tended. As well as prayers being heard in the hallways and at mass. Only thing they really needed to attend was to get some Fylgia skilled persons to come and soothe the roaming ones still around.

In 1213 Dogil was staying at Ye Olde Zaphirs where he visited the ancient Shaman Kanziganthir. While there he met Jarl Aragon and was impressed with the merry mood and Fylgia abilities of the man. He befriended Aragon and stayed at his house after their delegation went home. So, he was present when Neilarr, Allyr and Lanis where assassinated. He remember how consumed with sorrow Aragon became, and of his solitude. Yet had heard Aragon had recovered and was back at the Academy of Ea so he sent a message.

Aragon came mid summer and began soothing the Spirits and Fylgia and pressure loosened on some of the scared followers. Yet a few was too fond of their home and resisted to leave. So, Aragon suggested they contacted a friend of his, Kalmo who he thought was of Kobold and maybe even Moss'ari blood, and that if any could help it would be him.

Dogil had never met a Kobold so he was eager to meet Kalmo. So in the autumn of 1223 Kalmo walked through the gate of Mukadall Monastery and almost knocked the door to Dogils office off its hinges. “That door, no all em’ doors needs fixing!” is said to have been his half grinning words to Dogil and Regarir. Aragon bursted out in laughter and the towering Shapeshifter gave the even larger Kobold descendant a huge hug, meanwhile the two leaders of the Holy Order sat somewhat baffled.

The combined effort of Aragon and Kalmo cleared the place. Meanwhile them working, Dogil and Regarir had been discussing the future of the order. So, they told their two guests that they could gain seats in the leading council and be considered points of the bright shining star. And if they agreed to become so, would also be informed of the agenda of tbe Holy Star Order. Both of the men looked at each other, then at the leaders, and with a final look at each other, they nodded.

The next day at mass, the two towering men where initiated and became ‘points of the star’.

As the years passed they grew in numbers and in 1233 Dogil made his boldest move. With support from some old Hordes, great personalities like Lionel, Setil, Bergon, organizations like the Oktogon and funnily enough the T’Aurs out in the bay. He claimed ownership of the peninsula up until Lake Azuris. Bold and really bright twisted claime, as the discussion thus did not center around the legality of the claim. But if it was not to end at the south side of Lake Litham.

Dogils answer was pure genius, and addressed the vagueness of the old documents. But he saw it most clever to make one clean cut across the mountains form sea to lake, thus avoiding any peninsula stub in which the population would linger in uncertainty for years, if not decades. About this and that tax rate, who they owed allegiance towards, etc. If they could raise Mukadall Monastery from dust to glory, they believed they could do so with the whole peninsula.

Needless to say the meeting ended with a voting slightly in favour of the Holy Star Order and they gained the whole peninsula as theirs. And with that, an eternal grudge from Nefius and some of the other Triad Traders.

After that their military order spread like fleas across the Isles. I know they even attempted to set their steel clad boots at Island of Piecao in 1236, but was shown the pier and a fast wind home. Dogil told me that the residing Naldar, was shown so much more respect than they where, that it annoyed him so much that he displayed his annoyance. He was quite sure that this somehow had an impact on their dismissal the next day. In 1251, when they began trampling around at West Fjella, they had more success.

He know quite a lot of Magic Paths and need but slight Hand Weaving to gain potency.