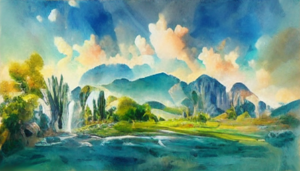 Once it where vast and stretched close to Ljostari, so close that Ljostari Elk had swam to Midgard and multiplied into large flocks. Some of these Elk herds are the very same that some Moss'Ari rides these days.

Several Empires have through time risen to power and crumbled again in Noriag. So throughout its wilderness one can still encounter ruins and settlements, untouched by modern adventureres from any of the Races. But not always without residents, some even dating back to when they lived in The Void. Which is why some Teleport Site are still unfound or rarely used and why one quite often hear about or meet Monster Hunters.

Its though also littered with roads and settlements, and its said that just around the next roadbend or hilltop -theres a warm stove, mug of foaming ale and dry bed. For some though, its also a warm welcome by a toll-gate crew, hunt by foaming predators or a wet marsh grave. Noriag has it all.

Its been a steady support of the civilized development through time. From the wartime of Tribes, to when the Wanderers came, up through Age of Hordes and through the brief times of The Realm its peoples have supported thoughts of coexistence.

We know these facts all the way back into the mists of the Dark Ages, due our talks with some of the  Arisen. Who have shared interesting stories with a dozen or so Skjalds brave enough to face them. 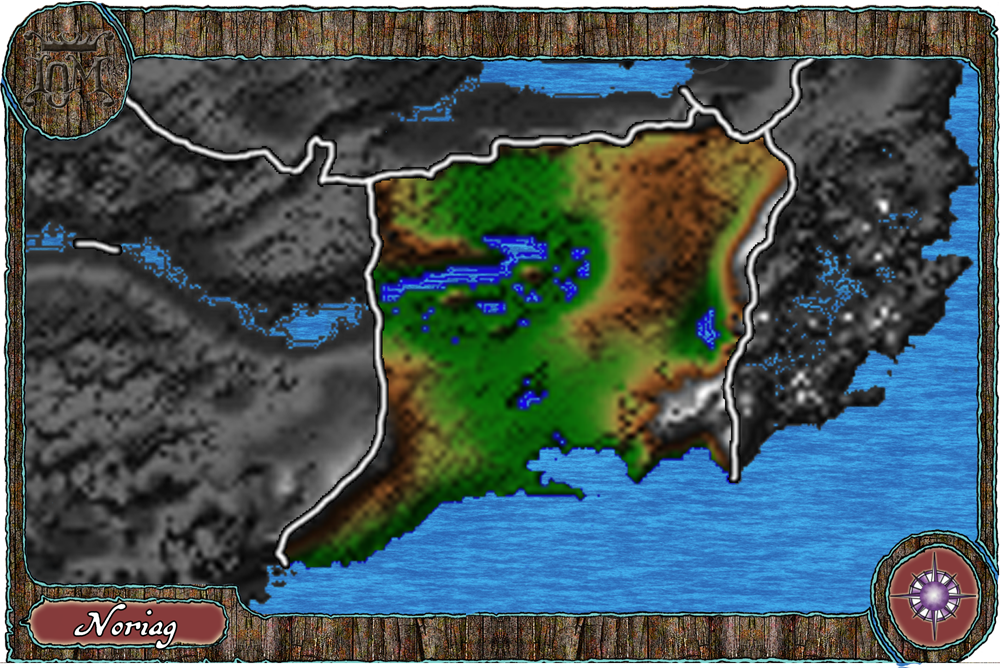 Its Eastern side is dominated by the Norad Nugs, the lengthy Valley Eurota ending at Innsa Lake.

Several Races and different Kings rule areas in Noriag. Since their commonly elected King died childless in the Cleansing Crusade its now each group for itself.

One can find good treasure or ancient i formation around Noriag.