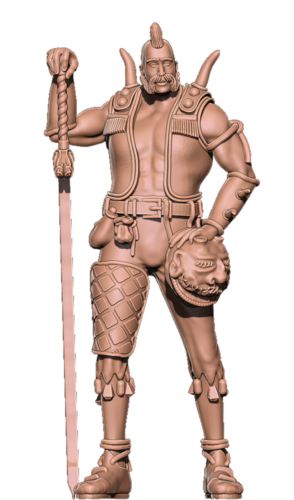 “One of the most talented trackers and wisest regarding Monster, this resilient Human is one of the best Monster Hunters ever.” 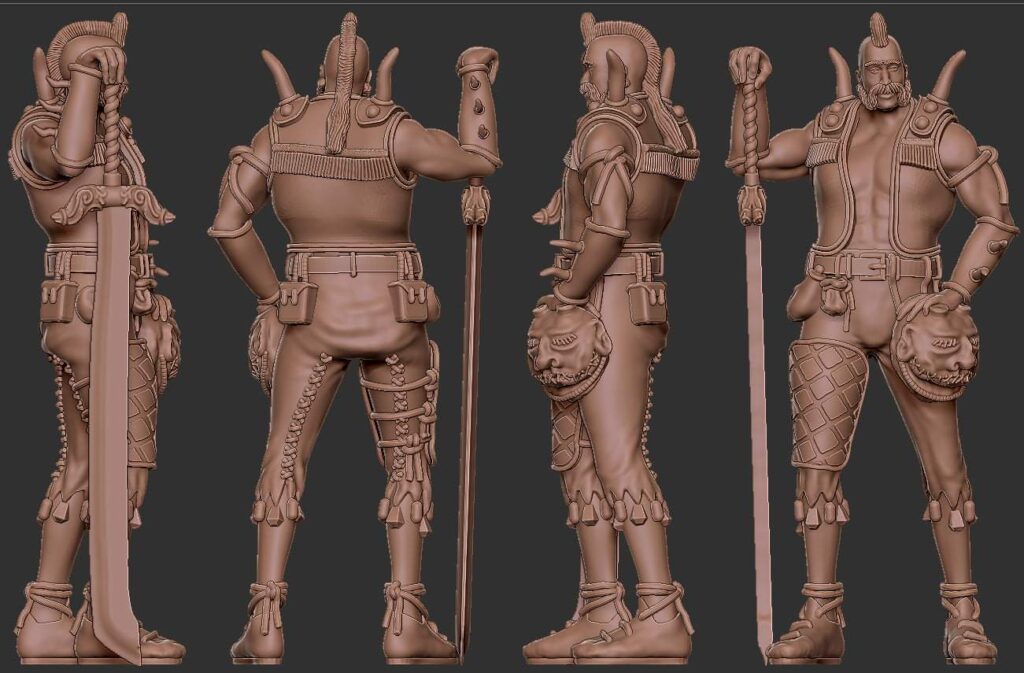 The youngest child of a fishermen couple, he had a rough time in the flock of 16 siblings. Every spot, task and role was taken by one or more of the elder ones. So, he often spent his childhood at the rocky shore of Rims Bay, teasing the gods with bold jumps from ledge to ledge seeking new paths to hard reached caves. As times went he unharmed encountered the oddest of fish, birdlike creatures and at times saw huge glowing eyes, in deep waters or in cave and tunnel darkness, so his boldness grew.

One day though, a couple of glowing eyes from the darkness of a tunnel became a snapping mouth and ripping claws, seeking his throat coveting his blood. Instead of becoming scared and loosening his grip tumbling to his certain death at the rocks below, he gritted his teeth and with one hand secured his grip on life. With the other he grabbed the surging creature and with a smooth gesture turned his upper body, the small monster held firmly, as it passed his mouth was chewed open at its disgusting neck.

Still sprawling slightly in his fist, it was presented to village elders, who all shook their heads in disbelief and pledged him to stop such adventures, as it would certainly end his life. Crawling the wilderness notifying horrors of human prey nearby, should be avoided at all cost. Everyone hoped they would continue to feed on what the wilderness could bring.

Seeing their concern for him and their community, he finally felt of value and set his mind to a path very few ever dare walk. He wanted to become a Monster Slayer and find as many of these nasty things he could and rid the world of them.

In a few years he was certain that he’d rid the shores and hillsides of Claun of every creature daring to stick its snout out or blink its greedy eye. And his physique clearly showed the mountain climbing, running pursuits and wrestling fearsome horrors. He began travelling the paths of all West Fjella and East Fjella in pursuit of rumour, stories, tales, and whispers of odd things and dangerous places. One such story about odd events led him to a recently discovered teleport site in Usai discovered by a team of excavators paid by Longhorn, the former Stallari of Junnatu Weavers. There he met the legendary Wilson, who liked the young lad and shared with him the secret of teleport usage.

Skjald Huginn told me that he was visiting Longhorn recording an excavation. That almost became the end of some of them, had it not been for Coposim, acting like he was a lad of mine, or me in my younger days. Suddenly the portal lit up, and a huge elephantlike humanoid surged forward and took the chatting Wilson by surprise. Knocking him out it went directly for Longhorn who was standing nearby with Huginn, deep in  studies of the excavation inscriptions and the various items found. Coposim didn’t blink but reacted with a speed matching mine as a young agile huntsman, he sprinted in to cut off the charging foe from its prey and he reached it but a few metres from the surprised former Stallari. As the monster felt his approach it turned its head slightly, giving Coposim the opportunity he needed.

With an mighty jump he darted upwards and grabbed its one tusk, remembering all his cliff climbing he swung hard, and as he pivoted around landing as the huge creatures back its tusk snapped. And with one hand clenching the foes ears and snapped tusk in the other, Coposim drove the broken tusk deep into the eye and brain of the surging monster, who fell hard, momentum making it slide a few inches… stopping short at the feet of the surprised Longhorn and Huginn.

I’ve been told that once it was close for Longhorn and Huginn. But instead of dying they could look at a huge Mammutan carcass and burst in great laughs about the swift reaction and ease of handling Coposim did the foe with. To the words of a recovered Wilson, “Now that was swift lad…”. Its said that its these tusks Longhorn use in his helm and the broken tusk is the one Coposim has on his shoulder pad. None know though, if they ever figured why the monster rushed for Longhorn or Huginn at the table of found goods. But this episode did ensure Coposim free hunting possibilities for the rest of his life, as Longhorn gave him the right to wear his emblem as a token of his gratitude.

This allowed Coposim to travel all the realm, at times even hunting The Rim. There he met Themac of Ye Olde Zaphirs who brought him to Zapri and the court of Black Oak. There he gained access to their library and learned not only about way more dangerous and odd creatures, but also several languages. As he was a perceptive lad, he soon gained broad insight and surprised the sages, who invited him to the academies of Ri, Ea, the monastery of the Holy Star Order and even Mt. Vula. And when Black Oak was crowned as the High King, he also spent time at Grimsborg.

I’m told that just prior to the Invasion he managed to be hand picked by the Gyron Lords, as their monster hunter… Knowing their agent network was the most extensive in The Realm and that it most likely would bring him to monsters faster… he accepted… He was on a mission when the Invasion struck… Killing off many of the Gyron organization, crippling their researchers severely… I met him last year, where he told me he found it more important to fend off enemies than return to discuss things at the table… So he’s out there greeting friends and felling foes…